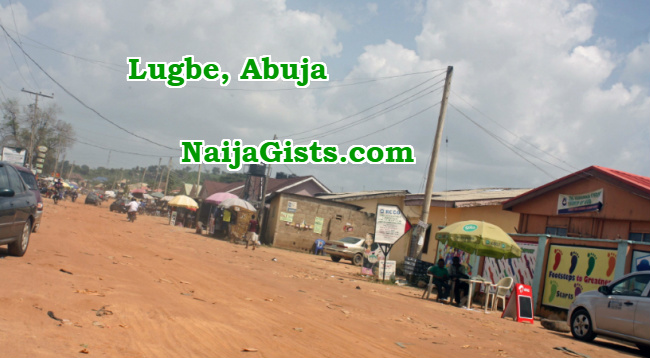 Chibuike Alexander Unegbu, an 11-year-old boy has been rescued from his parents and handed over to Federal Capital Territory Administration’s (FCTA) Social Development Secretariat (SDS).

The long journey to Chibuike’s rescue commenced when a concerned resident placed a call to the FCTA Call Centre, complaining that young Chibuike’s human rights were being trampled upon by his own parents.

According to the anonymous caller, for many years, Chibuike was being locked up in his parents’ house, with all doors padlocked whenever they were not around; adding that unlike the couple’s other two younger kids, he (Chibuike) never went out with the parents to anywhere, including church and that he was not in school.

Investigation revealed that persistent efforts by a combined team of the Nigeria Police (Lugbe Division) and the FCT Administration who paid several unsuccessful visits to the house in Lubge to save Chibuike finally paid off last week when they met his parents, Mr. and Mrs. Ifeoma Chinasa Okwu and invited them to Lugbe Police station for questioning.

Acting Director, Gender, Social Development Secretariat, Mrs. Agnes Hart while speaking with newsman on the development stated that the Secretariat confirmed the allegations through the Call Centre that: “a child somewhere in Lugbe was being locked in the house without care. That he is not taken out whenever the family is going out. They don’t take the child either to church or out anywhere.”

Mrs. Hart went on: “And we felt very concerned that this shouldn’t be happening in the FCT. This is a very serious form of abuse so we contacted the Nigeria Police in Lugbe who kept on promising us to do something about it but because we have the best interest of this child, we decided that we would bring the child and the family together.”

She revealed that the FCT has Child Rights Act which enables it to arrest or take such cases very seriously, warning that the FCT Administration would not take such abuses lightly.

“If you are a biological mother and you are molesting the child in anyway, we won’t take it lightly. So am sounding a note of warning to all parents, if you have intention of wanting to maltreat a child in FCT, it won’t be tolerated. We have the best interest of the child at heart. This is a clear form of abuse and we will not tolerate it in the FCT,” she warned.

Mrs. Okorie, while responding to the allegations expressed shock and added that she and her husband was giving Chibuike and the others children the best they could without segregation.

“Am surprised that it is termed that am neglecting my child, the child I had when I was in school. I am a proud mother and nobody loves my child more than me. It is not true at all that am neglecting my son, I love him. I got pregnant for a boy who promised to marry me while in 200 levels at the University of Ibadan, but he later denied it. I went home with the pregnancy and my mother sent me out of the house that I should take the pregnancy to the boy.

“I took the pregnancy to Ukgiwe, Imo state, to stay with the boy’s parents for one year, where I gave birth to the boy (Chibuike). When he was six months old, I came back to stay with my Mum, because I was tired of staying in the village. I started doing jobs and I was able to save for my UTME form which I took and my name was first on the list in the English Department, Nassarawa State University,” she explained.

While sobbing, with tears rolling down her face uncontrollably, the seven-month old pregnant Mrs Okorie disclosed: “I took him to class back then in the University, where everyone knew me and my son. I came out the best in my Department. For someone to tell me am ashamed of my son is not true at all”.

She also revealed that when she was redeployed to Imo state from Jigawa State for her NYSC, she registered her son in Bright Way International School, Keffi, but had to take him out in the first term due to high fees which she could not afford, and “my husband was not finding things easy.”

Mrs. Okorie had no reply when the Gender Director sought to know why she did not take the son to a public school which was affordable, instead of keeping him out of school for two terms.

It was gathered that Chubuike Alexander Unegbu is a step son to Chinasa Okwu Okoie.