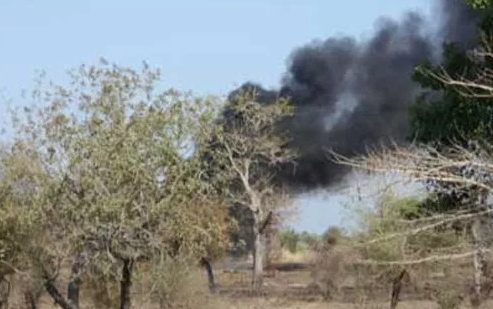 The Air Force on Tuesday raided the hideouts of the insurgents in Sambisa forest killing several terrorists.

In a statement issued by NAF Director of Information, Air Commodore Olatokunbo Adesanya,  some terrorists were seen evacuating remains of dead Boko Haram fighters after the air strike.

The statement supported with a video footage reads: 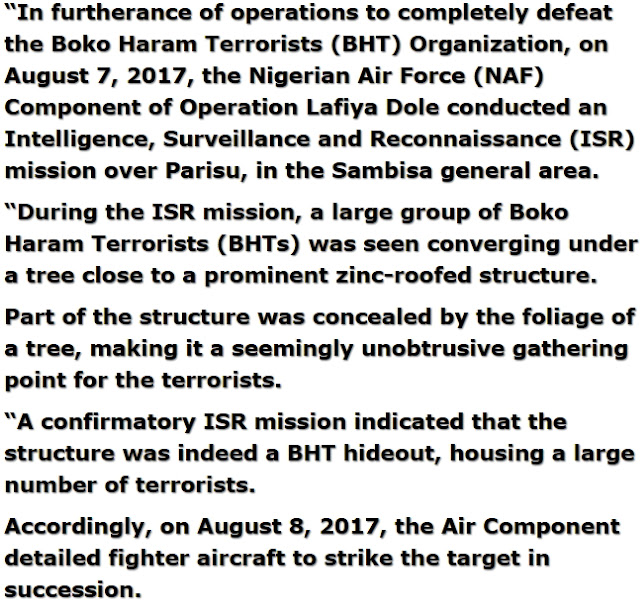