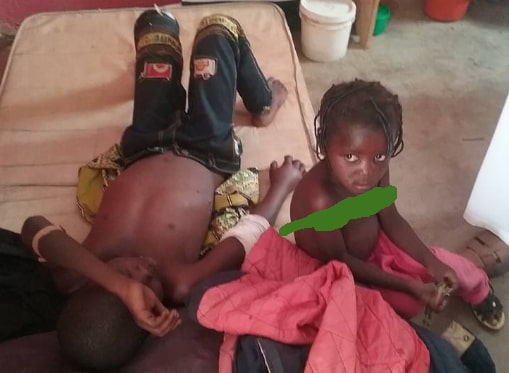 A young boy has been hailed after struggling to save his life and that of his little sister during an attack on Dogon Noma village in Kajuru local government area of Kaduna state.

The brutal attack on the innocent villagers few days ago – was alleged to have been carried out by Fulani herdsmen.

According to Williams Kaura Abba, the young boy identified as Jonathan Badamosi, refused to yield to the bandits’ attack.

The heavily armed men reportedly fired shots at the boy. The bullets pierced his hand and went to his abdomen. Badamosi was carrying his little sister, Muradi on his back. He had her when he was shot at. Yet, he braved it and refused to drop his little sister on account of the pains. 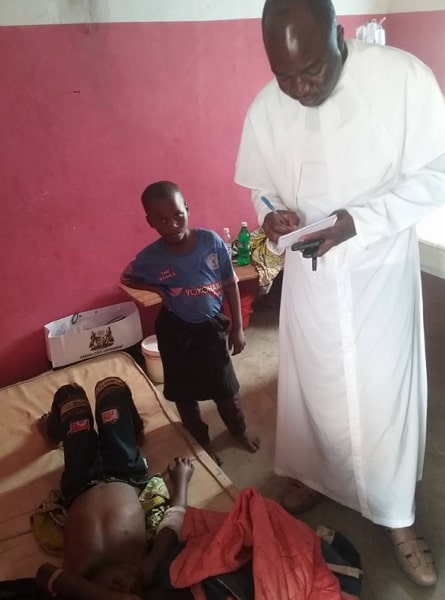 He bore the pains and despite the bullets on his fragile body, he managed to carry both his sister and himself to safety.

Help later came the way of Jonathan who is now receiving medical attention at Nasara Health Clinic Mararaban in Kajuru.