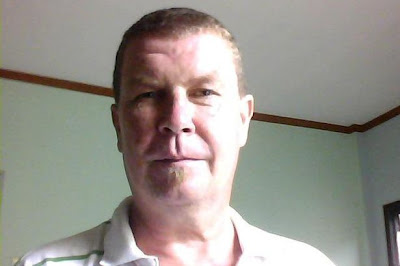 A British citizen killed in Nigeria by Ansaru terrorists, Brendan Vaughan has been identified by his family.

He was killed by Boko Haram splinter group, ANSARU, who plans to turn Nigeria into an Islamic nation by killing Christians.

His identification came via a statement issued by Vaughan’s family in which they said Vaughan’s killing by Ansaru had denied him the opportunity of ‘meeting his first grandchild.”

Foreign Secretary William Hague said on Sunday that Brendan Vaughan, 55, from Leeds in northern England, was “likely to have been killed” along with six other foreigners.

In a statement issued by the Foreign Office, Vaughan’s family described the construction worker as “a lovable rogue” who “lived his life to the full and on his own terms.

“He has been deprived of meeting his first grandchild, a baby girl to be born in May,” they said.

“Brendan may be gone but will be never forgotten.”

Nigerian Islamist group Ansaru on Saturday claimed to have killed the foreign hostages abducted from a construction site last month in the country’s restive north.

A video posted online claims to show the bodies of some of the hostages.

The grainy and silent video posted on YouTube, and seen by AFP on Monday, appears to show at least four victims. The images match screen shots released at the weekend along with the claim that the hostages had been executed after their abduction last month.

Meanwhile, Lebanon said it was yet to confirm the fate of its two citizens captured by Ansaru.

Foreign Minister Adnan Mansour said after watching the video posted by Ansaru, “it appeared that the two Lebanese are not among the bodies which were shown” in the footage.

“Contacts are still underway between Lebanon and the Nigerian interior ministry to know the fate of the Lebanese” citizens Imad Andari and Carlos Abu Aziz.

The 91-second video is titled in Arabic “the death of the seven Christian hostages in Nigeria,” while an English statement announcing the executions is copied in below.

The two Lebanese were abducted along with two Syrians, a Greek, an Italian and a Briton, all of whom were employed by Lebanese-owned construction firm Setraco on a site in the northern Nigerian state of Bauchi. [Source: PMnews]

Lord have mercy! Nigeria is gradually becoming a safe haven for terrorists…..