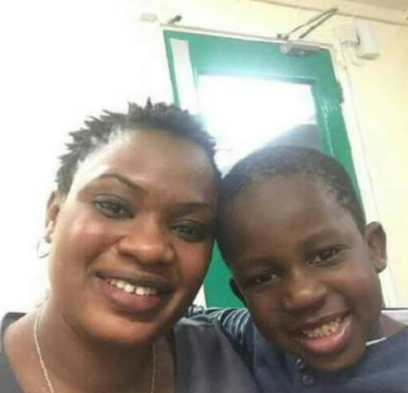 Monisola Muiz Bakre, a Nigerian boy taken from his parents against his wish has been adopted by a British couple. His mother, Folashade Bakre, is in the process of being deported back to Nigeria.

Besides, the British authorities have restricted the parents’ access to the son. The parents, The Nation learnt, are not allowed to see the boy again; they are only permitted to communicate with their son twice a year in writing.

After Monisola was given out for adoption by the government, it was learnt that his mother was served a quit notice to leave the UK. Her international passport, which was seized by the British authorities, was returned. She was moved to a deportation camp, where she has been since June 21. Her lawyer is challenging the decision in court.

The distraught father, Ayokuleyin Bakre yesterday urged President Muhammadu Buhari and the Ministry of Foreign Affairs to intervene in the matter, saying the incident had brought agony to his family. He urged the Federal Government to reclaim his son from his British adopter, stressing that he could not afford to leave him in the care of a stranger.

Bakre insisted that Monisola “is a full-blooded Nigerian”, noting that it was illegal for the British government to adopt a child that was not born in its territory.

He said: “The British government has destabilised my family. In the last five years, they have subjected us to endless agony by this forced adoption of our last child. As I speak to you, Monisola has been adopted by a British couple and they have told us we cannot see him or speak to him on the phone. They said we can only communicate with him two times in a year through letter.

“I cannot understand why the British government is taking this immoral step to claim a child that is not born in their country. The boy has biological parents who have rights on his upbringing. But, we are being denied the rights to raise our child by the UK government. My wife is being detained at an Immigration Removal Centre in London. They want to deport her, so that we will not see our child again. I have told her not to come to Nigeria without our son.”

“When she noticed the injury, they called the ambulance and took the boy to the hospital. Monisola was a year old and he had older cousins who were always playing with him. He could have sustained the injuries in the process.”

Some 2015 documents obtained by The Nation showed that Lagos State government attempted to help the couple reclaim their son from the UK government. The Office of Public Defender, a government organ which assists people with legal representation, wrote the London Borough of Bexley.

The London Borough of Bexley responded to an enquiry made to it by the Lagos Ministry of Youth and Sport to explain the legality of the adoption of Bakre’s son. In response, the Office of Public Defender stated that the action of the British government was illegal by virtue of Child Rights Law of Lagos (2007).

It was gathered that the Office of the Public Defender made a volte-face in August 2015 when it withdrew from the matter, citing Section 136 of the Child Rights Law of Lagos (2007), which states:

“Where a person has been adopted under any law in force in any part of Nigeria, or under the law of any other country other than Nigeria, the adoption shall have validity as if the adoption has been effected by an adoption order under this law.”