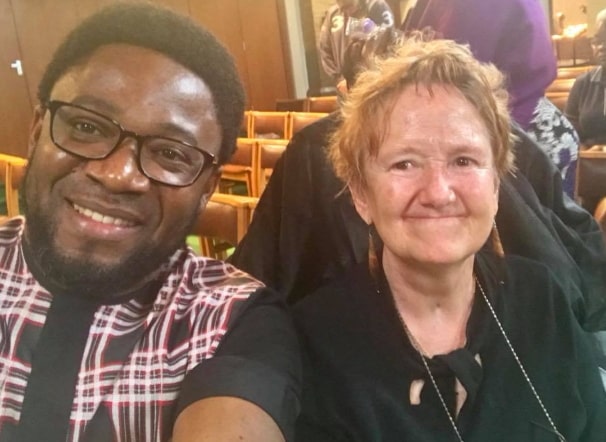 A UK-based Nigerian man, Mr Uche Anyanwagu took to FB on Sunday to share the touching story of a British nurse who dedicated her life to helping Nigerians battling mental problem in Abia state.

Nkechi Rosalind Colewell who served as a nurse in the Leper Colony in Abia state back in 1983 is still planning to return back to Nigeria, a country she calls home.

Mr Anyanwagu had an encounter with Colewell at a Nigerian church in the UK yesterday took to FB to honour her with this touching tribute.

“Precisely three weeks ago, I had a tap on my back shortly after a Church service in London. As I turned to behold at whose behest, I saw an elderly lady on a wheel chair. Her words were simple, straight and shocking – “I bụ onye Igbo?” (Are you Igbo?)

I stared at her with my mouth agape, not sure if she was the one who asked. I felt I had some auditory hallucination but I managed to reluctantly nod in affirmation. She gave a toothy smile and probed further – “Ebe n’ala Igbo ka ị sị?” (which part of Igbo land are you from?). 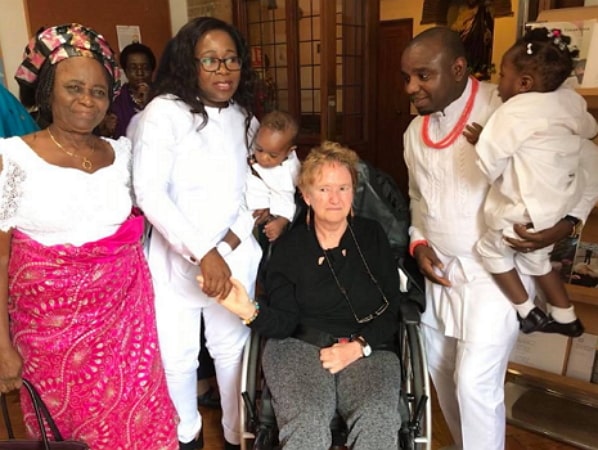 I told her in shock. She smiled again and said: “M ruru ọrụ na Steeti gị for more than 35 years” (loosely translated, “I worked in your State for more than 35 years). As she wanted to tell about herself and her works, my mind quickly went down the memory lane. With every goosebumps my entire body could hold, I asked her: “I bụ Nkechi Rosalind Colwell?”

She nodded but this time in tears. I rushed and knelt down before her and hugged her in tears. Angels come in human forms and I was so sure I just met one.

NKECHI ROSALIND COLEWELL came to Uzuakoli in Abia State as a young nurse and served in the Leper Colony there. She was touched by our lackadaisical attitude towards mental health. She couldn’t stand seeing our mentally-challenged siblings roaming the streets even for simple curable ones.

She opened a Home for the Mentally ill at Amaudo, Itumbauzo and went round the whole of Abia State, picking up and admitting our siblings to this home. They got medical care, learnt a skill and some were rehabilitated and reintegrated into the society. Nkechi left the comfort of her home in United Kingdom and dedicated her entire life serving the most deprived in forgotten corners of our homeland.

As her sister later told me, “She is Nigerian and hardly identifies as British. She still eats your food and desires to return home back to you someday…”Her fluency in Igbo language thrilled us all. For almost an hour we spoke, even with my family, we did in Igbo. She was given the name NKECHI by Late Pa Herbert Osoka. The community she served also gave her a chieftaincy title, while she was knighted by the Methodist Church.

Unfortunately, NKECHI suffered a massive stroke attack at Itumbauzo which left her partially paralysed and confined to wheelchair. She had to go back to United Kingdom, even against her personal desire (unlike our President) due to the poor state of our healthcare.