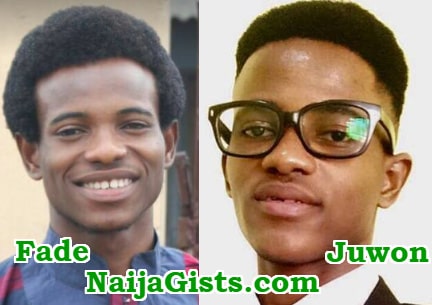 The dream of at least 3,500 people to make easy cash through forex trading has become a nightmare after they were defrauded of their money estimated at N2bn.

We  learnt that the victims deposited money in a binary options company, BTD Multi-Global Company.

The company, established in 2015, reportedly promised 20 per cent returns per month on every deposit, and was good to its promise for two years.

However, in 2017, the company was alleged to have stopped withdrawals from accounts by depositors.

Our correspondent gathered that after widespread complaints, the company in June 2017 called for a meeting of investors at its office in Ile Ife, Osun State, and sought a six-month grace before any withdrawal. 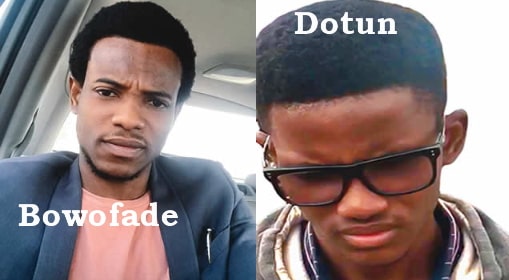 Within the period, our correspondent was told that the company emptied all accounts and shut its office, while the founder and President of the organisation, Bowofade Adewuyi, a 24-year-old dropout of the Obafemi Awolowo University, fled.

His 22-year-old brother, Adedotun, who was said to be the Vice President of the firm, was, however, arrested by the Economic and Financial Crimes Commission.

One of the victims, Pastor Olubunmi Adeleke, lamented that the money of his family members was rapped in the scheme, claiming that a woman he introduced to the firm, Alhaja Laide Aminu, had died from hypertension.

“My son, a student at the University of Ibadan, introduced me to the scheme in 2015. He said the company was into forex trading. When we sent money to them, they acknowledged with email. That was before the founder, Bowofade, absconded with our money.

“My investment is close to N12m, because I have two active accounts. We used to roll over our profits. Sometimes you can deposit N500,000. When the money increases to, say N750,000, you can leave it for another month to get 20 per cent of that sum.

“We started having issues about one year ago when he (Bowofade) said the company wanted to move from binary to premium options. He added that the market was low and we should give him six-month grace period. He said within that time, nobody should withdraw money. We believed him until he ran away.

“Aside from myself, many other families have lost their money. A woman I introduced to the scheme recently passed on after she developed hypertension. In my own case, my wife, mother-in-law and two of my children lost money.”

Another victim, who asked not to be identified, said while he lost his N3.2m gratuity to the scheme, his wife lost N300,000.

The Ilesha, Osun State retiree said one of his children, who had benefitted from the firm, introduced the scheme to him.

“The money was my gratuity. I thought I could use the profit to go into farming and other investments. I never made a single withdrawal before the firm collapsed,” he added.

A businessman, who identified himself only as Tobi, said he deposited N1m into the company in 2016.

“I stay in Ile-Ife, where the company had its office. I saw their adverts on billboards and posters and that was how I got enticed. Part of the money belonged to my mum; it was her life saving. She was about to retire when she gave me the money and we thought we could use the returns to build our own house after living in a rented apartment for years.”

Another victim, Chinyere Odemenam, said she invested N1.5m in the company, adding that the money belonged to her and a friend.

A palm kernel producer in Ondo State, Azeez Ogunnupebi, said he lost N4.7m to the scheme.

“My brother who lives in the US asked me to build a house for him. I took part of his money to invest in the company with the hope that I could make some money for myself before starting the project. I also invested my money. I have yet to get anything back,” the 25-year-old said.

Our correspondent learnt that about 570 of the victims formed a group and contacted a lawyer, Peniela Akintujoye of Critas Law and Partner, who wrote a petition to the EFCC, Independent and Corrupt Practices and allied matters Commission and the police division of the Security and Exchange Commission.

A copy of the letter to the EFCC zonal office at Ibadan, Oyo State, dated December 17, 2017, stated that the company lied that it had a comprehensive insurance and was a registered financial institution.

“The company fraudulently claimed in all its advertisement materials and terms of agreement to be an investment company that is registered with all necessary regulatory bodies.

“The company further fraudulently claimed… to have taken out an insurance policy that will protect 100 per cent of invested capital of first time investors and 50 per cent of the investment balance (capital plus accrued interests) of existing investors in case of any loss.

“From around February 2015 to around May 2017, members of the public thronged the company with hard-earned millions. Bowofade and his fictitious company on the other hand, though having no licence to run a deposit-collecting financial institution, illegally accepted deposits from over 8,000 members of the public in excess of N2bn, contrary to Section 29(1) and punishable under Section 2 (1) of the Bank and other Financial Institutions Act Cap. B3 LFN 2004,” the letter read in part.

Akintujoye, who later spoke to PUNCH Metro, said the company claimed that many of the investors had closed their accounts and only 3,500 people were left.

“Although the company’s two accounts with Access and Stanbic IBTC banks have been frozen, we discovered that there was nothing in the accounts.

“The main suspect, Bowofade, who is only 24 years old, is at large. When the company started, the managers were kept from the public. Not many knew it was a young boy who was in charge, so they pumped a lot of money into it. We have those who put N20m and even N50m in this scheme and they have yet to collect a dime.

“A man paid N4.9m after selling his car and land and postponing his marriage because he thought he could suffer now and enjoy later. The guys did a fantastic job of corporate branding,” he added.

He noted that the EFCC arrested Bowofade’s younger brother, Adedotun, in a bank in Sango Ota, Ogun State, sometime in April 2018.

Bowofade could not be reached on his telephone line.

Adedotun, who was said to be on bail, however, said the company still hoped to pay back the depositors.

“The company was founded in 2014. The vision of my brother was to create a stable financial future for Nigerians. The company invested in futures and option schemes. When he does financial trading, he calculates the returns and delivers back to investors.

“From 2015 to 2016, the company started gaining grounds with more depositors coming in. Things were running smoothly and we had terms and conditions. We advised clients that although things were good now, the scheme had its risks.

“However, by late 2016, there was a slight loss in the general funds. As of then, my brother still tried to recoup the funds and even got some people to assist him in trading. In April to June 2017, the company experienced a serious depletion of funds.

“The company sent emails to clients to explain the situation. We told them that we would go on a six-month recovery period, which ought to terminate in December 2017. However, during this period, we experienced more losses. At the end of the period, it was still difficult to pay people.

“In December 2017, we gave the investors two options: terminate your account or choose to re-finance. We had several meetings to explain things to them. After people had been asked to make their choices, we were advised to vacate our office at Ede road, Ile-Ife, for a week.

“On December 27, 2018, we decided to close the office while working from a remote place. The following day, some clients came to the new place, broke the windows into the building and set it on fire. My brother and I with 12 other workers escaped death by a whisker. That was how Bowofade decided to leave town because if anything should happen to him, the funds would be lost. His life is important. The only way for us to get the money back is for us to keep working.”

He said he had yet to hear from his brother since the fire incident and he did not know his whereabouts.

A spokesperson for the EFCC, Ibadan zonal office, Meekness Ogeh, confirmed the incident, adding that investigation was ongoing.

Lola Margaret, Nigerian Actress Arrested For Fraud In US Returns To Instagram, Thanks Fans For Acceptance
Monday Motivation: 10 Reasons To Never Give Up This Week