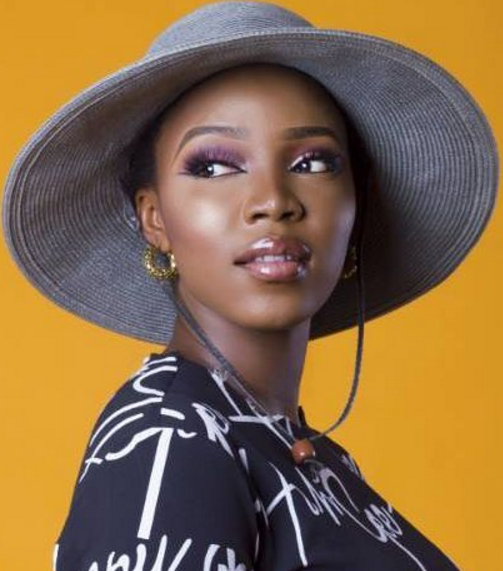 From a tender age, I have always loved interpreting all the movie characters I watched in movies while growing up. That, I can say inspired me to go into acting.

When did you decide you wanted to be an actor?

At the age of 9, I knew I wanted to be an actress. So I spent a whole lot of my time at that age writing stories and forcing my siblings to act it out with me. That was how it all started for me. Professionally however, I would say I have spent about a year in the Nigerian movie industry.

As a Master’s degree holder in Business Management, did you have any misgivings dumping your certificate for acting?

Being a master’s degree holder for me was never a challenge. I always loved acting and for what we love, we never address it as stress. So I wanted to have a degree and be well educated before chasing my passion for acting. You know, like they say, passion is just not enough, you need to be well educated too. 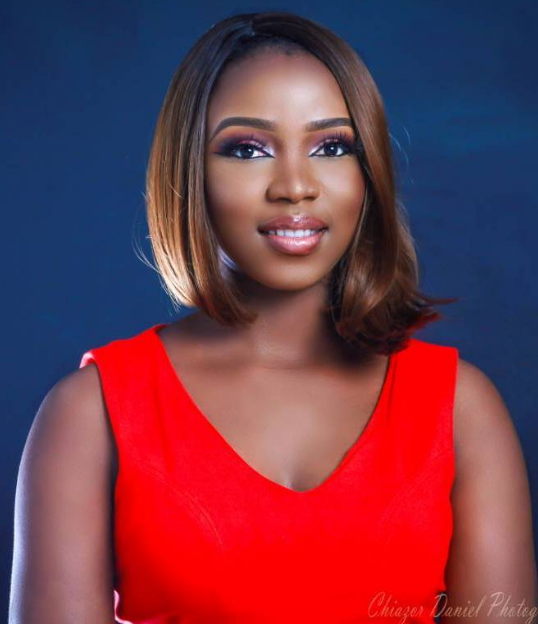 Didn’t your parents think you were about losing your mind to have taken such decision?

Yes, my father still thinks I have lost my mind. The rest of my family members are indifferent, although sometimes they can be very encouraging.

With just one year in the industry, you have worked with veteran actors. How did you pull that off?

Working with veteran actors makes me feel excited, but it has really helped shape my career and keep me more focused. Most importantly, I’ve learnt a lot from watching them interpret their movie characters while on set.

Who do you regard as your role models in the industry?

My role models in the industry are those I grew up watching on TV at a tender age. Genevieve Nnaji and Stephanie Linus were my major career influencers so I would call them my role models any day.

How do you intend to make your impact in the industry?

It’s not a competition but I know with God, hard work and persistence, I will get my chance in Nollywood.

Do you regard other female actors as threat to your acting career?

No they are not; the sky is big enough for everyone to fly.

Nudity is a major strategy used by aspiring acts to get known. Are you looking in that direction also?

Does that mean you can or cannot act nude?

Acting nude is a no for me. I’m not even considering it.

Stardom sometimes robs people of their love life. Are you in any relationship right now?

No, I’m not in any relationship yet.

What’s your kind of man?

I like a God-fearing, kind man, who has regards for me; someone who supports my passion and career as an actor.

What interests you most about acting?

Acting itself is interesting but for me the ability to interpret a character in so many ways is exquisite.

What else do you do aside acting?

I am a scriptwriter and I also market an online event store. It’s quite new though, but soon you would hear more about it.

What are the things you are putting in place to ensure that the movie roles don’t stop coming?

I’m working very hard on myself, taking acting classes online, attending film festivals, acting workshops, making contacts and connecting with filmmakers and producers so I can get first hand hints on audition notices and forthcoming film productions. Basically, I’m improving on myself while waiting for that one big chance to pop up.

You recently released some new pictures under a new management. What is your relationship under this management?

Yes, I recently signed on to Tribe Man Agency, a talent management agency based here in Lagos. Tribe Man Agency for me was the best choice I made this year, because the ability for people to take care of my career, like I’m their blood relative is rare these days. So I’m happy I have a management that is fighting hard to guide my career to the limelight.

How will you describe Nollywood presently?

Nollywood is evolving at this stage but let’s not forget that this is one industry that has been ranked as the second highest employer of labour from the GDP analysis and it houses loads of talented people.

Where do you see yourself in the next three years?

In the next three years, I will be shooting for the stars (Laughs)! I see myself as being one of the most sought-after actresses worldwide. That is what I envision for myself in three years, God help me!