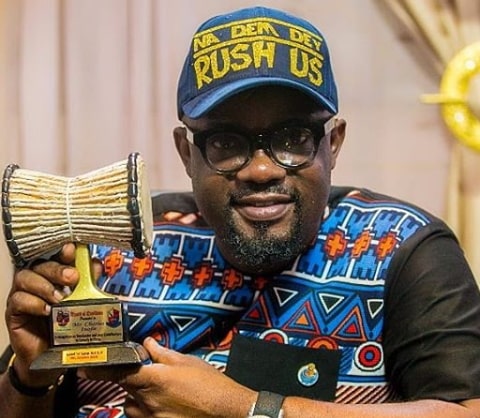 Nollywood actor Charles Inojie, is identified by different pseudonyms. While his online fans prefer to call him, ‘Na Them Dey Rush Us,” some avid viewers of the hit family television show – The Johnsons – call him Lucky, which is the name of his character in the sitcom.

Although the actor looks larger than life whenever he interprets his movie roles, he confided in Saturday Beats that in reality, he is a shy person. He further said that initially, he found it difficult to watch his movies.

“I am a shy person, initially it was difficult for me to watch clips of my movies; it was hard to believe that I was the one doing some of those things. However, I am beginning to deal with it a lot better now. If I walk into a sitting room with people gathered watching my movies, I’ll probably just go out, but I am beginning to handle it a lot better now. I always tell myself that it is just the way I am.

“I have a persona that is different from the roles I play; the roles come naturally for me. Some people understand that it’s just role-play but others find it difficult to take me seriously,” he said.

Speaking about the state of the movie industry in Nigeria, Inojie noted that the current situation could not be compared with the good old days when he started acting.

He said that there was no longer discipline in the movie industry as used to be, adding that Nollywood was not being used by some people as an avenue to flaunt themselves and their businesses.

“In those days, people had more discipline in the industry. Discipline has been eroded in the movie industry. For example, in the past, when someone was called a director, it would be obvious that the person had earned the name, but these days anybody just assumes that role.

“There are many people who do not really want a career; they just want to use Nollywood as a springboard for them to promote their other businesses. When there is no discipline and order, it trickles down the line. In those days, when an actor came on set, their first question would be: who is the director? If it was a name they couldn’t risk connecting their reputation with, they would leave the job.

“However, these days they don’t bother about who the director is, they only care about the money. At the end of the day, it’s only Nollywood that will have a bad name,” he told Saturday Beats.

“I think people should be trained, I even hear they pay for roles these days; which should be the other way round. These things have affected the quality of movies in the industry. The solution to this problem is to strengthen the guild to function; they should be able to reprimand their members when they err. The guild should be empowered to organise training but the government also has a role to play in this,” he said.