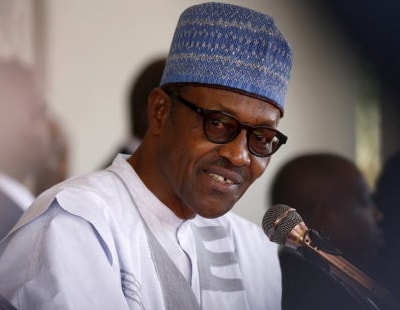 Leading a country is no child’s play. It is a very serious business. There is ruling and there is leading. The first belongs to God and could be found also in states that model themselves after the theocratic order. The truth is that such societies run into crisis which often turns very fatal, and that is because ruling belongs to God and not man.

Man should lead and do so with the fear of God and things would work. The world has come to accept democracy as the best form of human governance and this is because experience has shown that in the affairs of man acting as a collective, nothing can surpass dialogue, discretion and consensus. When leaders opt to throw this away, distrust is inevitable and it will be followed by massive mayhem.

There is a truth we must say at this point in the development of our nation and that truth is that our President and members of his team have in the last three years been dancing to a strange music not suitable for the rest of us. There is a brazenness that is going on, which is diametrically in conflict with the New Nigeria we want. Well -meaning citizens must be worried given the time in which we are. There is so much dislocation, hunger, deprivation and disease in the land and adding to it, social tension would amount to challenging God on why He gave us a country called Nigeria.

Last week alone two events happened and they showed how the presidency has been mismanaging the affairs of our country. The first was the hostile investigation of the Chief Justice of Nigeria, his public humiliation and hasty attempted arraignment before the Code of Conduct Tribunal and the second was the appointment of an Acting Inspector General of Police. I take the first. The affront on the Chief Justice of Nigeria was not supposed to be even with all the facts mentioned so far. Those knowledgeable about the political culture of our country would not find it difficult to see that it is a carefully premeditated action, designed to achieve narrow political aims. Those who did this had two basic objectives: one is to take control of the 2019 general elections and secondly to be in control of strategic state institutions for the furtherance of internal colonization.

They are so mad about the objectives that they care less about the fate of the country and the wellbeing of the citizens or that they feel strongly enough that they are in control and up against the citizenry that has lost faith even in themselves. The north has dominated the headship of the Supreme Court and when it was the turn of the incumbent, a minority from the South-South, many well-meaning citizens were happy at the development, but joy soon turned to curiosity when the President, the approving authority kept the appointee perpetually on acting capacity for months running.

It is instructive that President Buhari did not appoint the CJN into the seat. It was the Vice President who put a halt to the anomaly while acting for the President. That was a bad sign. It exposed negative intentions and biases, nevertheless many let it go in the hope that the appointment had taken care of every other thing; the turn of events seems to show that what all of us had was false hope. There seems to be a confirmation that enemies of true Nigeria would never stop their acts of perfidy except they get everybody into a big mess and trouble.

I have heard a lot of people talk on this matter including the professionals who end up confusing us the more and in fact providing the atmosphere under which evil men thrive. By now we ought to know the elementary lesson long taught by history that those who subvert the system thrive best in an atmosphere of chaos and discordant tones and that is the system that they have used to rein us in and are still using. Nepotism has again been elevated as state policy.

Different groups shouted from the standpoint of selfishness, ethnicity and religion. In the end nothing happened and the evil is still there in fact growing into a monster. The well-armed militia we pass for herdsmen are invading everywhere and the reactions have been passed for ethnic and religious hatred. Today we talk more of hatred and the killing is going on unabated.

Those who gave the CJN the unholy push knew beforehand that it was not the right thing to do even if it was legally correct. They know the nature of this country and its complexities. If they are truthful to themselves, they would admit without hesitation that in building a great nation some things may be legally right but they may not be expedient, those that do this know that building a nation is not solely about legalism, it is most often about discretion and conventions.

I have heard people talk about the concept of everybody being equal and no one being above the law and I hear their interpretations and I can’t help but laugh at the ways and manners of the Black man. The White man knows that this is a principle, and that principles are ideals that do not in totality reflect reality. In those societies not everyone gets the treatment our current leaders have chosen to mete out to the CJN. It is bad politics. And everyone can see it: a petition by an extraneous body, no investigation, I’m not talking about reference to the NJC and suddenly there is arraignment for trial. This is Hollywood drama the political version.

A new IGP has been appointed. He is a Muslim and a Northerner. Many in this country had thought that President Buhari would begin an act of inclusion with this appointment but in the end he failed everyone including himself. The appointment of the IGP adds to the list that is common knowledge. The entire security apparatus is in the hands of one group and one religious group and this is happening in a plural country.

When I look at what Buhari is doing with his re-election campaign I reach the conclusion that the man knows what he is doing and deliberately setting the country on the edge. After his election in 2015, he took all the strategic positions for his cronies who are mainly from his area of origin. For his re-election, he has suddenly realized the importance of the Southern Nigerian people.

Today Bola Tinubu from the South and a Muslim is the co-chairman of his Presidential Campaign Council; Chibuike Amaechi, Christian minority from South-South is the Director-General; Festus Keyamo, South South is the spokesperson; Party Chairman, Adams Oshiomole, South South and the Chairman of the Advisory Council and Vice President, Professor Yemi Osinbajo is from the South West.

This shows that Buhari knows that our strength lies in our diversity. That he knows and has chosen to act contrary to this is a confirmation that his plans for this country are not noble. He has gone this length because the victims of his bad acts are passive.

Nobody would have done this type of thing to the north and gone free. I recommend that southerners particularly South-East and South-South wake up from their slumber. It is time they know that without bravery there is no end to slavery.

Atiku Flees From US 24 Hours After Arrival! Ex VP Returns To UK A Day After Tension-Filled Political Trip To The US
Atiku Granted Temporary Waiver Of Inadmissibility Into USA; How Government Shutdown & Corrupt Lobbyists Helped Him