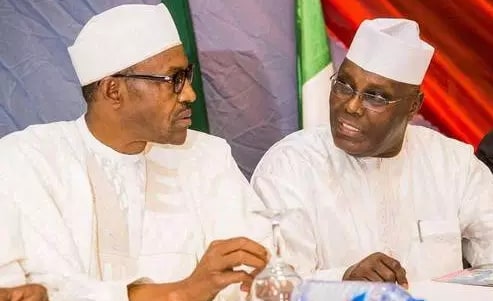 Given the enormity of the social, economic and political problems confronting Nigeria, voters had hoped that the 2019 elections would be mostly about issues. The opening salvoes of the campaigns, however, seem to indicate that the campaigns will be significantly about geopolitics and to a lesser extent, and almost as an afterthought, about issues. It is not clear why this is so, indeed, why it has been so for a very long time. Is it because Nigerians lack the depth to appreciate and champion issues? Or is it because their leaders fear that voters are themselves alarmed by issues, with most of them preferring the rather simplistic attachment to the more comprehensible and immensely satisfying crumbs of primordial fancies?

Whatever it is, the two leading parties, the All Progressives Congress (APC) and the Peoples Democratic Party (PDP), will make gestures in the direction of issues, as they are already routinely doing with their ‘Next Level’ and ‘People’s Policy’ plans, but take more determined steps in the direction of introducing geopolitics into the election equation and profiting from it. By now, everyone knows that the APC standard-bearer, President Muhammadu Buhari, is mystified by issues, and has for more than three years stuck stubbornly and rigidly to his political and campaign slogans, most of them poorly conceived and in dire need of rejigging. He is, therefore, unlikely to promote any debate or discussion about issues beyond regurgitating his campaign promises of combating insecurity and fighting corruption.

But he has aides and technocrats whose polemical gifts help the party to decipher and advocate great and impactful issues. In fact, when the president kick-started his campaign in Abuja last Sunday, and some of his ministers made presentations, it was abundantly clear that they, rather than the president, owned their ideas and were captains of their projects. Three years and scores of cabinet meetings were enough for the president to have acquired and owned the disparate ideas subscribed to by his ministers. But, so far, both domestically and in his foreign travels, the president has been unable to give any indication that he understands the dynamics of those ideas and projects, let alone own them and give them added fillip. Overall, issue for issue, the president’s aides and ministers will be able to hold their grounds, and to some extent pass off the ideas and projects as the president’s.

Former vice president Atiku Abubakar loves to luxuriate among issues, and quite easily adumbrates those issues as much as he promotes them. He can be said in fact to be enamoured of issues, and will hope that the 2019 campaigns can be restricted to mainly issues. Issues — at least talking about them — are his forte, and he will hope to lure President Buhari to those treacherous grounds to be perfectly skewered. Should the president envision himself as capable of walking on water, and decide to take on Alhaji Atiku in debating issues, the combat will be fierce but brief, with the outcome not in doubt even to an infant. The former vice president will try to restrict the campaigns, as much as he can manage, to issues, but no one will let him — not the country, and not, especially, the president and his abrasive and cantankerous crew. The APC may not be able to disembowel Alhaji Atiku on issues, but they can crucify him on the matter of integrity. They have said it repeatedly that the former vice president has no integrity, regardless of the absence of judicial conviction. What is more, the country seems persuaded that if indeed he has integrity, the onus of proof should be on him to confirm it, assuming the people are still amenable to persuasion.

Barring a celestial miracle to herald a dark horse into the presidency, the two leading candidates of the APC and PDP will dominate the political space and campaigns in the coming weeks. They know they have their failings, and are galled by their own weaknesses, but they will pretend all is well, and will argue issues and debate integrity as much as the voters will give them a hearing. It is unclear whether the candidates will succeed in portraying themselves as supermen in the estimation of sceptical Nigerians miffed by their terrible shortcomings and mortified by their unworthy dominance of the political space. Despite their hesitations, both the president and the former vice president will, at least on the surface, talk issues. But more realistically, they will concentrate on permutating geopolitical advantages for themselves and their parties. The politics of issues will be abandoned somewhere halfway, with the country witnessing only occasional and half-hearted eruptions.

Instead, as the aides and minders of the two standard-bearers have shown, more attention will be devoted to cobbling together a winning geopolitical formula. There is nothing intrinsically wrong with that strategy in a multilingual, multi-religious and complex society. Merit-based system has its shortcomings, and no standard-bearer can hope to win a national election without a scrupulous and idolatrous gesture in the direction of balancing ethnic configurations, whether they mean it, as Alhaji Atiku has sometimes demonstrated through his marriages, or they don’t mean it, as the president’s one-sided appointments have shown. But because the two parties are adept at this game, having at least superficially satisfied the geopolitical yearnings of the country, they have upped their game by attaching the issue of 2023 presidential ambition to the ruse. The South, it is believed, wants the presidency in 2023. The 2019 presidential campaign is thus about to be reduced, firstly, to who can better promise to deliver that 2023 goal, and secondly to who better understands which geopolitical zone to deliver it to — the Southwest or the Southeast.

By selecting Peter Obi, a former Anambra State governor from the Southeast as his running mate, Alhaji Atiku is widely believed to have made his stand known, even without saying it clearly. When Igbo leaders endorsed the former vice president in Enugu on November 14, winning the presidency in 2023 was believed to be at the back of their minds, for it was assumed, without any substantiation, that a departing president would find it easier and more attractive to hand over to his deputy. But notwithstanding the PDP candidate’s policy plans lasting beyond his first term should he win, and extending to 2025 as indicated in his working papers, the Southeast appears to be prepared to take their chances with Alhaji Atiku. Such optimism is unprecedented.

However, the Buhari camp seems to be in a quandary over the Alhaji Atiku gambit. Should they not make a promise of their own to woo the Igbo into the Buhari column? reasoned some of the president’s top aides. And so, to utopia they went, with the Secretary to the Government of the Federation (SGF), Boss Mustapha, leading the charge sometime last October, and again last week. He prevaricated, no doubt, but at least he offered something that looked like a promise to the Southeast, alerting them to the possibility of the PDP candidate going for two terms should he win. President Buhari, on the other hand, he said, had only one term left. The message is clear: if the Southeast desires the presidency in 2023, the better route is to endorse a president who has only one term to go.

Said Mr Mustapha to the press after some Southeast leaders met with the president last week: “This obviously might not be most appropriate time. You remember there was a programme in the south-east where Mr. President asked me to represent him and I flew the kite by telling the south-eastern states that their quickest and easiest means to presidency is to support President Muhammadu Buhari’s second term… You can’t negotiate from the point of weakness and I believe that that message resonated with the people and their response now is attributable to the fact that even before the flag-off of the campaigns, we have laid it bare on the table for Southeastern states to consider the prospect of working with us to ensure that at least by the time President Buhari finishes his second tenure, they can make a shot at the presidency depending on what they bring to the table.” If the Southeast leaders read the caveat about “depending on what they bring to the table” and missed a heartbeat or two, they were too squeamish to show it.

But the same APC also saw Works and Housing minister, Babatunde Fashola, admonishing the Southwest not to ditch President Buhari in 2019 if they want to retake the presidency in 2023. In other words, from the same presidency, two leading party apparatchiks have emerged who are perfectly eager to promise the next presidency to the Southwest and Southeast. The Southeast is yet to produce a president since 1999. Should they take it in 2023, for example, it will, all things considered, take the Southwest another 16 years before they can angle for it again. That will mean waiting till 2039 on the assumption that they will not emulate President Buhari in shunning all zoning formulae to contest the presidency.

Sadly, these geopolitical calculations are likely to influence the next presidential election more than issues. They are damaging to the health of the republic, and are short-sighted and dangerous. There is absolutely no way to avoid a future implosion. If Nigerian leaders were smart and knowledgeable, they would see how delicate and tenuous the future is, and they would be prepared to take the bold and courageous steps needed to snatch the country from a foolish and futile end. The current system will not work, and no amount of tinkering or doctoring can get it to deliver the great and noble future the people want. If Nigerian leaders are not persuaded by logic and media campaigns to restructure the country, should the tragedies unfolding in many parts of the nation, including insurgency, rampant banditry and kidnapping, and the near total breakdown of law and order, not be sufficient enough to convince them?

But probably the most profound and insightful statement to come from any Nigerian in recent months was the conclusion reached by octogenarian Mbazulike Amaechi, a First Republic Aviation minister, who argued that neither President Buhari nor Alhaji Atiku would give the Igbo the presidency in 2023. Hear him: “My attitude is that anybody who will enthrone restructuring is the person Ndigbo must support. What is happening in Nigeria is baffling. The country is not in any state of emergency nor the southeast nor any other area, but I am worried about the high level of dictatorship; it is becoming alarming. I have always said that presidency is not dashed; you have to work for it, plan for it, strategise to take it because it is not given. Buhari or Atiku will not give Ndigbo presidency. Nobody will give it to them except they work for it.” He is right. In fact, much more, nobody will give the presidency to anybody except the aspirant is able to put together a coalition of zones, peoples and religions, and then prove himself as the most acceptable man for the moment. But by far the most sensible thing to do in the present circumstance is to take the sting out of the present unhealthy and frenzied competition for presidential office if the country is not to continue immersing itself in impotent and tragic shuffling between its peoples.