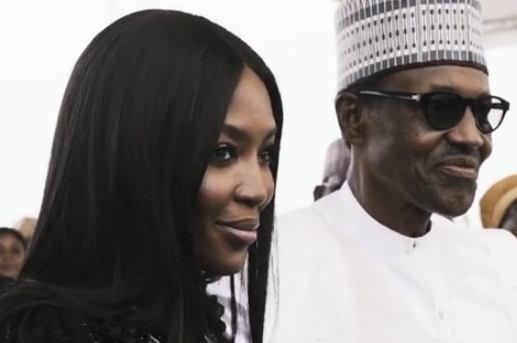 Earlier today, Supermodel Naomi Campbell took to the social media to share photos of herself posing with the President of the Federal Republic of Nigeria at the official launch of the Eko Atlantic City.

Here is how she captioned the now viral photos…. 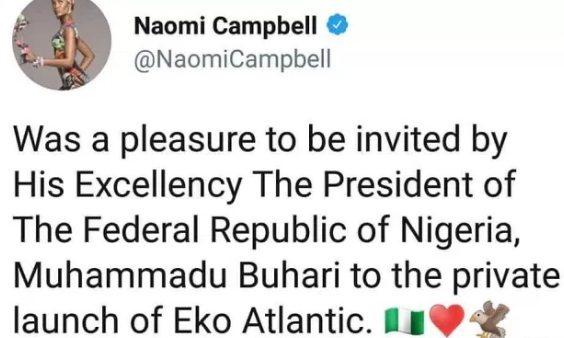 Hours later, President Buhari distanced himself from Naomi Campbell’s claim. He also denied ever inviting the notorious nudist to the private launch of Eko Atlantic city. 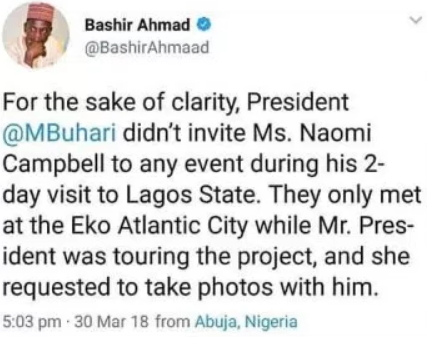 The disclaimer tweet from President Buhari however did not tag Naomi Campbell, a move that made many Nigerians call it a blatant lie.

It is still unclear if Naomi Campbell only requested for a photo or she was invited to Lagos Nigeria for the event like Naomi claimed but NaijaGists.com investigation revealed that the she was in Lagos for Arise fashion week when she hijacked President Buhari’s entourage.

Continue Reading
You may also like...
Related Topics:Buhari, naomi campbell