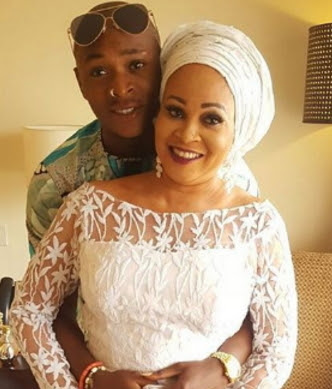 Few days ago NaijaGists.com brought Nigerians attention to fans throwing jabs at Nollywood actress Bukky Wright after her son adorned himself with a large nose ring.

In a bid to defend his mother, the mofo hit maker lashed back at his critics in a very naught manner that kept the ‘lack of home training’ insinuation trending.

To cut the long story short, the budding singer has apologised.

Here is his apology:

“I think it’s wrong to insinuate that I lack home training because I have a nose piercing. They aren’t even related issues, but I apologise to my fans for the way I lashed back at the critics. I should have exercised more patience”.