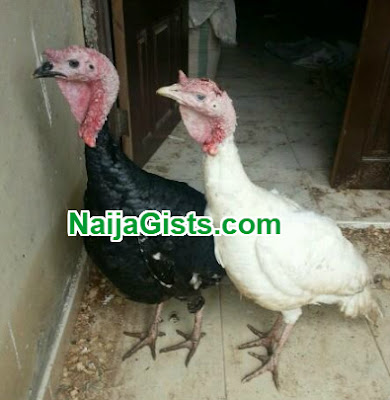 The accused, a motor boy, who resides in Idi Arere area of Ibadan, is being tried on a charge of stealing.
The prosecutor, Cpl. Oluseye Akinola told the court that the accused committed the offence on Aug.10, at about 5:30a.m., at Azeez Block, Olomi area of Ibadan.

Akinola said the accused allegedly broke into the complainant’s apartment, Idiat Adegbite, of Olomi area of Ibadan where he stole the turkeys.
He said the offence contravened Sections 390 (9) and 412 of the Criminal Code Cap, 38, Vol. II, Laws of Oyo 2,000.

The accused pleaded not guilty to the charge.
The senior magistrate, Mrs Munirat Giwa-Babalola, granted the accused bail in the sum of N20, 000 with two sureties in like sum.

Giwa-Babalola adjourned the case till Oct. 6 for hearing.