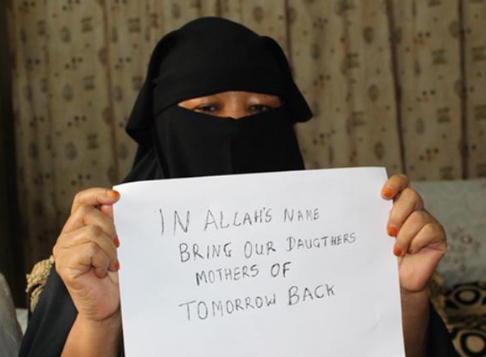 One of the 3 negotiators declared wanted by the Army yesterday has fired back at the army for refusing to take her suggestion.

The suspect identified as Aisha Alkali Wakil popularly called Mama Boko Haram has responded to the allegation that she is supporting the dreaded Jihadi sect.

Read her full statement below 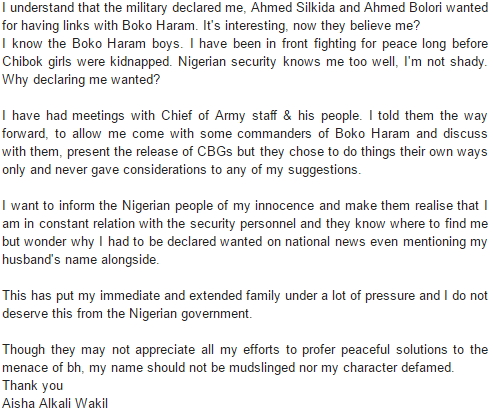