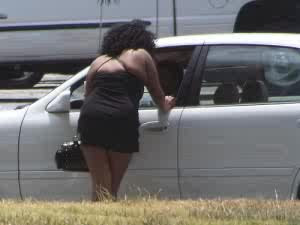 A man simply identified as Asunmo has been arrested and detained at SCID Panti Yaba for allegedly stabbing a driver, Fatai Sodiq to death.

The suspect reportedly engaged his victim in a serious fight when he saw him with his girlfriend who was a prostitute.

Despite denial from Sodiq, the suspect filled with anger was alleged to have stabbed him to death with a knife at the White Sand area of Ijora Badia.

The corpse of the deceased was abandoned on a refuse dump in the area before policemen from Ijora Badia  station evacuated the corpse.