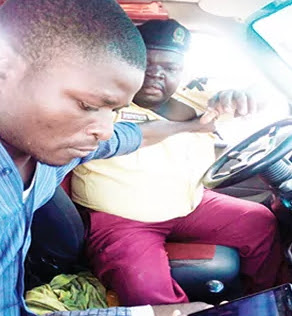 The young driver allegedly attacked Olumide near Lekki Ajah in Lagos few days ago while he was trying to impound his vehicle after he was caught picking and dropping passengers at unauthorized places.

The suspect was apprehended by The Lagos State Task Force on Environmental and Special Offences Unit on Friday.