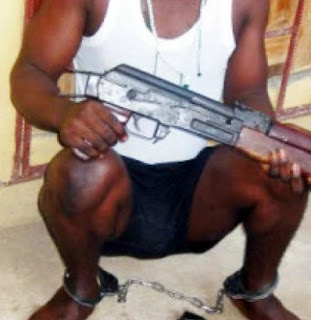 Onyinyechi Okegbulam of Egbu in Owerri North Local Government Area of Imo State has allegedly been killed by her boyfriend for refusing his marriage proposal.A source, who spoke on grounds of anonymity, told Vanguard that the girl was shot in the head at close range by her supposed boyfriend in the village.

The source recalled that the deceased was, last Saturday, lured out of her family home by the boyfriend at about 7p.m.

“Some people, who were close to the scene of the crime that night, reported that as soon as the boy saw the girl approaching him, he fired at her,” the source said.

Another source claimed that soon after shooting the girl, the young man tried to smuggle Onyinyechi’s lifeless body into his car but scampered for safety when a woman raised alarm, which attracted several people to the scene.

Another story, however, had it that the boyfriend was responsible for the entire educational expenses of the girl, who later ditched him.

A resident of the area said:

“We heard that the boy picked the bills for the girl’s education, but that the girl later abandoned the boy and opted to marry another man.“We have even heard that the marriage has been fixed before the boyfriend struck.”

The 22-year-old Onyinyechi was, until her untimely death, a final year student of Federal Polytechnic, Nekede, Owerri West Local Government Area of the state.

The police source said: “Police have started investigating the incident and the late girl’s parents are cooperating with us. Police will get to the root of the case.”