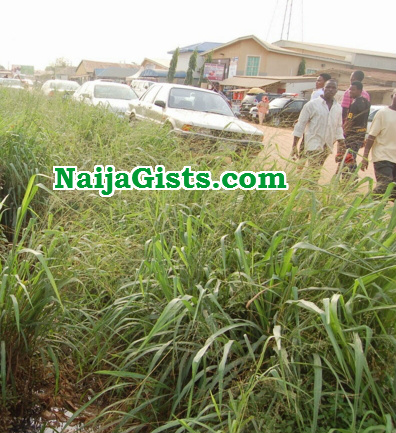 Residents of Agalaba community in Osisioma Local Government Area of Aba woke up to find a headless body dumped beside a filling station on Enugu- Port-Harcourt Expressway.

He dismissed suggestions that the victim might have been killed by a hitand- run driver.
According to him, if it was an accident, the lady’s head would have been lying beside her body. Another resident claimed that at this period of the year that such gruesome murders and mutilated bodies were common in parts of the town.

According to her, the presence of the military had abated such killings.
The discovery of the body forced motorists to desert the ever-busy Agalaba portion of the Enugu-Port-Harcourt Expressway.

Members of the Nigeria Union of Road Transport Workers (NURTW) who pick passengers from the spot to Port-Harcourt avoided the area. Many said they were afraid of being arrested by law enforcement agencies.