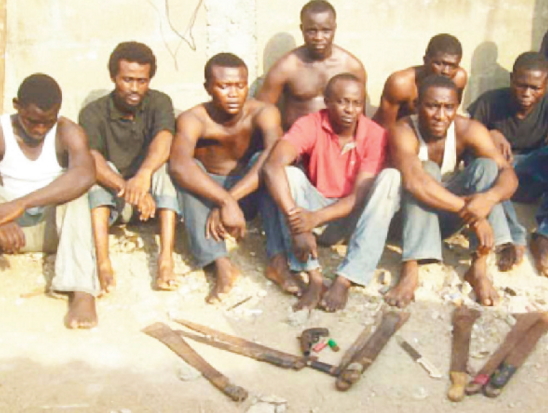 The police command in Ebonyi on Monday confirmed the death of 3 people during clashes among two rival secret cult groups in the state.

George Okafor, the command’s public relations officer, disclosed this to NAN in Abakaliki, capital of the state. “We have been arresting and prosecuting cultists in the state, but the present situation escalated due to a feud between two rival cult groups in the state,” he said.

“Most of those killed are members of the cult groups as the killings have been reprisal or retaliatory in nature.” Okafor said the police is investigating the incidents and will disclose the number of those arrested when investigations were concluded.

“Secret cult-related incidents are common in Ebonyi and we advise members to denounce all cult activities, while non members should resist all temptations to join the groups. “Cultism does not offer anything good to the society, but causes all forms of negative tendencies such as violence which endanger societal peace.”

Continue Reading
You may also like...
Related Topics:Cultists, ebonyi, kill