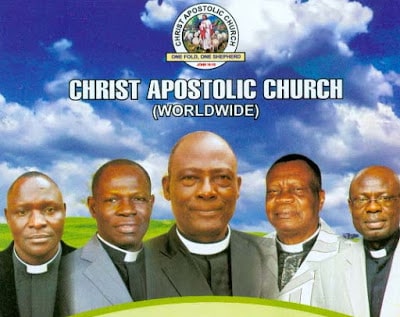 The Presiding Pastor of Christ Apostolic Church (CAC) Agbara Olorun Si Wasibe Prophet Michael Kolapo has reiterated commitment of the church to chasing out charlatan and money bag pastors that have given it a bad name.

He spoke with our correspondent last week ahead of the church’s 7th annual convention slated for November 26-December 16.

Tagged overriding power of mercy, the convention will attract preachers such as Pastor Akin Fasawe, Prophet Ola Ayeni, Prophet Omo Are with Evangelist Bola Are and Tope Alabi as gospel artistes.

Kolapo said the CAC can make a difference by focusing more on the message of love, togetherness, honesty, faith and patriotism.

He took a swipe at money bag pastors deceiving, saying many of them will soon close shop in CAC.

According to him: “There are moneybag pastors in every denomination and they are out to deceive undiscerning Christians.

“We believe in the church present leadership and they are poised to stop the spate of money bag in CAC.”

He noted that when the church started, members were sought after in public and private companies because of the virtues of Jesus they displayed at every opportunity.

He added that although God has a divine mandate for the church, its leaders at all levels must separate themselves from every form of sin and righteousness and live out the life of Jesus.

He said that Nigeria will be great again when the church remained resolute on the path of righteousness, love, peace, honesty, faith and patriotism.

Kolapo argued the increasing cases of corruption was an indication many Nigerians were merely religious people but lack values that Christ represent.

He stressed Jesus Christ was coming soon to gather His children who are holy.