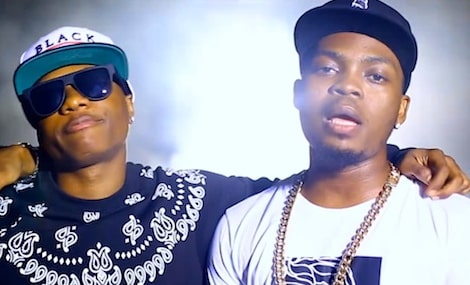 Wizkid and Olamide have decided to hold their December shows on the same day for the first time in the history of their career.

In a chat with Sunday Scoop, Olamide confirmed the news, which had been circulating on social media. He said, “It is true that the two shows will happen on the same day. The population of Nigeria is huge and everyone cannot fill up one event centre.”

The rapper-turned-singer also insisted that Wizkid’s show would not affect the success of his own show.

“I believe the sky is big enough for all birds to fly without touching each other. I honestly don’t feel there will be any negative effect. If you switch on your television set, I am sure you have many options; so, it is left for you to decide which station you stay tuned to. That is how I see things,” he said.

Olamide maintained that he didn’t have any inkling the date of Wikzid’s show would clash with his own. He said, “I am not living in his (Wizkid) mind, but I don’t think anyone has an issue with it and I am sure we will both make good money from the shows.”

Olamide also stated that he held no grudge against the National Broadcasting Commission for banning some of his songs. He said,

“I don’t think it is possible to please everyone. Even in the Bible, there were people who didn’t like Jesus despite all the wonderful things He did.

“I am not trying to please anyone; I am just trying to make music. If you like my songs, it is okay. If it turns out that you don’t like it, it is cool too. I don’t feel NBC always targets me or my songs; I just feel they (officials) are doing their job.”