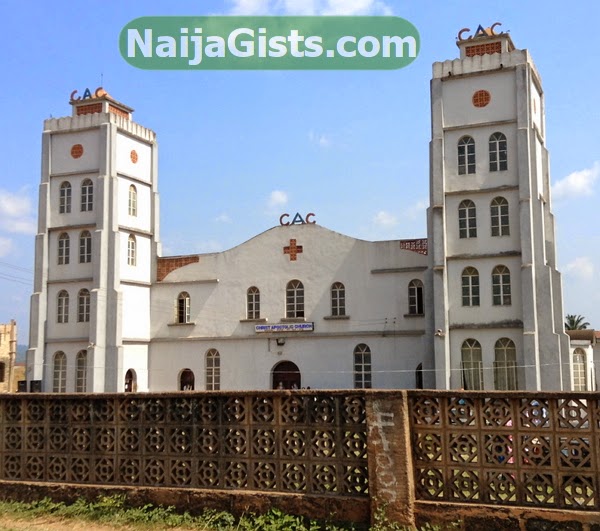 A pastor of a branch of Christ Apostolic Church in Ile Ife, Osun State identified only as Balogun, and his wife have been arrested by the Osun State Police Command following the death of two teenagers from their church inside a swimming pool in Osogbo during a Christmas party.

Our correspondent gathered on Sunday that the church had organised a programme for the youths of the church at a popular recreational park in Osogbo on December 23.

The victims: Ayomide Fagbola aged 17 and Ifeoluwa, who was in Junior Secondary School 2 were said to have died inside the swimming pool during the programme.

A family friend of the Fagbolas told our correspondent that Ifeoluwa was the first to fall inside the pool and Ayomide, in an attempt to rescue his friend, also dived into the water where he drowned.

The teenagers were said to have been taken to the park where the party was held by the youth leader of the church identified only as Isaac. The unfortunate incident happened during one of the activities.

Isaac was said to have been too scared to report the case to the families of the deceased when they returned to Ile Ife.

The leader reportedly went into hiding out of fear and the colleagues of the unfortunate kids were said to have taken the bags used by the dead children to their parents.

The parents were said to have waited for hours for their children to come back home but they waited in vain.

The bereaved parents were said to have gone to the church but found the place to be locked before reporting at the police station that their children were missing.

The source said, “They went to Osogbo for an excursion and one of the boys, Ifeoluwa, was said to have fallen inside the pool and Ayomide tried to rescue him and he also got drowned.

“The parents of the victims were not told what happened to their children. The youth leader just packed their clothes and shoes inside their bags and sent them to their parents.

“Their parents waited for hours and raised the alarm when it was getting late and they did not see their children.”

“Some members of the Fagbola family and those from the other family went to Osogbo and searched for the children but they later found their corpses at the mortuary of a missionary hospital in Osogbo where their bodies were deposited.

“A deep cut was found on the thigh of Ayomide and the cut is giving many of us reason to be worried. Could somebody who was drowned in a pool have a cut on his thigh?”

The police were said to have searched for the youth leader and eventually located the pastor and his wife at their residence where they were arrested and taken to Police Headquarters in Osogbo for interrogation.