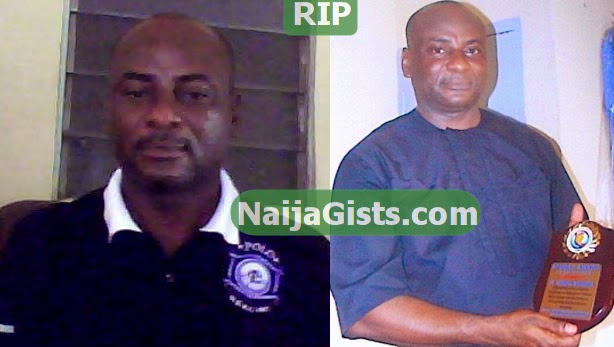 Pictured above is Ijede Lagos Police Station DPO, Mr Nwaoha Uzoma who was found dead in his office on Christmas day.

Sources at the station said he entered his office on Christmas eve and locked himself in.

After all efforts to reach him proved abortive, anxious relatives came to the station to look for him. Policemen on duty reportedly forced the door of his office open and found his corpse on the floor around 8:00 am on Christmas day.

The deceased who graduated from the University of Calabar was the former DPO at Anthony Police station before he was posted to Ijede Division on the 5th of December 2014.

Family sources said he had High Blood Pressure but his condition was not very serious.

His corpse had been deposited at St Raphael Hospital morgue for autopsy.