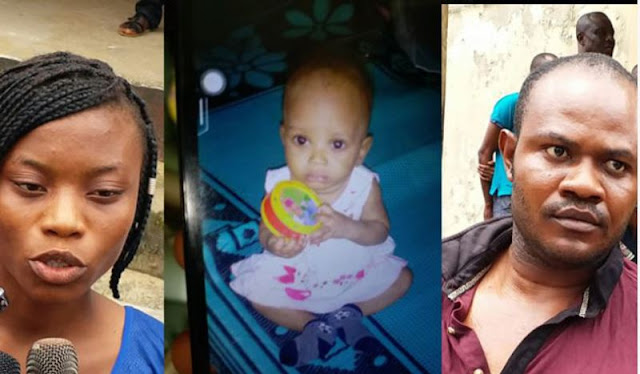 Faith Inyang, the 20-year-old mother of an 18-month old baby allegedly used for money ritual in Calabar last week on Tuesday revealed how Pastor Tony Obo-Ekpeyong, allegedly broke into her home alongside six others to steal her 18-month old baby girl.

Narrating the sordid incident to media men at the headquarters of the Cross River State Command in Calabar on Tuesday, Inyang said her baby was stolen at about 3am on August 24 by masked men whom she said she was able to identify.

She said she was able to identify the pastor because he and the other alleged assailants lived in the same neighbourhood as her.

The state Police Command paraded the pastor, who oversees the Royal God’s Commandment Ministry; and six others for allegedly killing the little baby and also for allegedly being in possession of what was suspected to be her heart.

Inyang told The PUNCH that the suspects invaded her house, located around the Calabar-South axis of the state capital in the wee hours of the morning and ordered all the occupants to lie down while they forcefully took her baby away.

“When they broke into our house, we pleaded with them not to hurt us. They came in with machetes and they used it on me and my cousin before taking my child away.

“I recognised one of the men because of his stature; he lived around our area and he normally passed through our house.

“When they left, we came out and started shouting for help and some men in the area came out and trailed them to the church

“Everything became clear in the morning and the Police came in and arrested them. Up till now, I have not seen the body of my daughter, apart from the heart that was found there.”

Parading the suspects, the state Police spokesperson, ASP Irene Ugbo, said the pastor was arrested alongside six others on Thursday, August 24, by men of the command.

Ugbo explained that the suspects were arrested when the parents of the child raised the alarm that their child had been abducted by masked men who broke into their house.

According to the ASP, the Police immediately swung into action, searched the church surroundings and found some ‘incriminating items’ and thereafter arrested the pastor and six others. 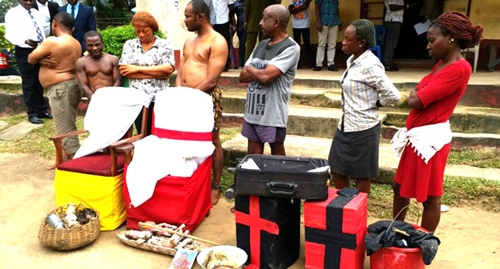 “On the 24th of August 2017, we received a distress call that one pastor in a church in Calabar South has killed an 18-month-old baby girl.

“When we got there, the heart of the child was still breathing. The suspect claimed that it was a fowl’s heart. So, we have sent the heart to the University of Calabar Teaching Hospital for proper analysis.

“We actually heard some rumours that the Police have collected money to release the suspects. We have called the Press here today in order to show to the world that the suspects are still in our custody and investigation is ongoing.

“The Police cannot release murder suspects, kidnappers and others without due process. We are going to charge the suspects to court immediately,” Ugbo said. 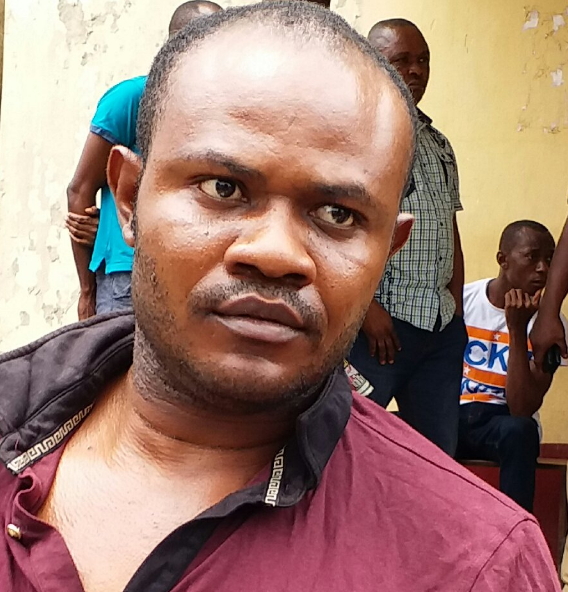 The suspect, pastor Obo-Ekpeyong, denied the allegations, saying that he did not kill the child for any ritual purpose.

“I was praying for one of our members who was sick when the Police came and arrested me. The heart they saw was that of a fowl. We don’t operate any spiritual shrine in the church.

“The thick blood that was seen on the altar was that of a goat and fowl that we killed to celebrate with members after our three-day fasting programme in the church,” Obo-Ekpeyong said.