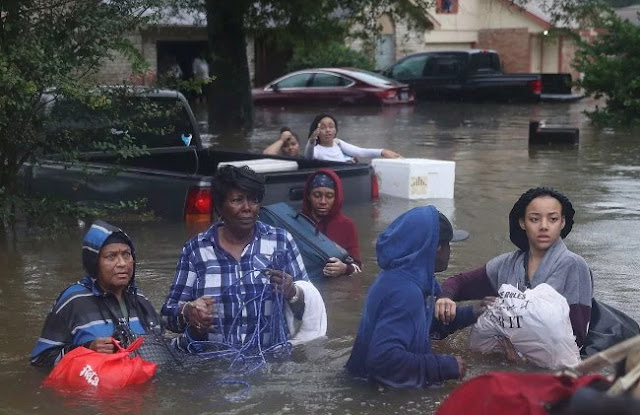 In the wake of the pounding rainstorm that hit Houston Texas, thousands of residents have been rendered homeless.

In response to Hurricane Harvey tempestuous rainstorm, public facilities, businesses and schools have been grounded.

Said to be one of the largest disasters America has ever faced, the rainstorm has left Houston and much of the Gulf Coast region waterlogged. 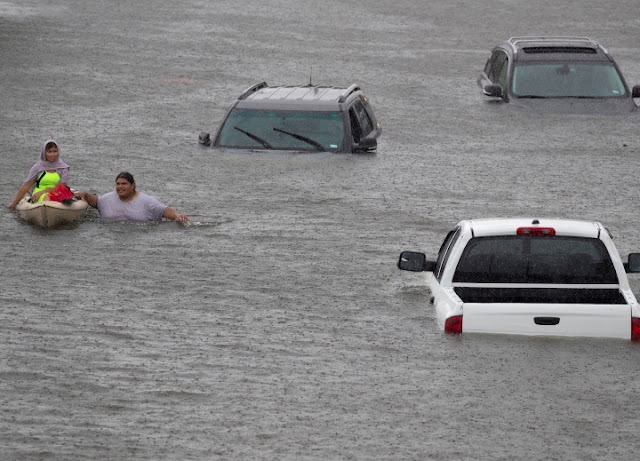 Being a large city, Houston is a home to an estimated 2.3 million people. It has the highest population of Nigerians living in Texas, most of whom are affected by the ravaging flood. 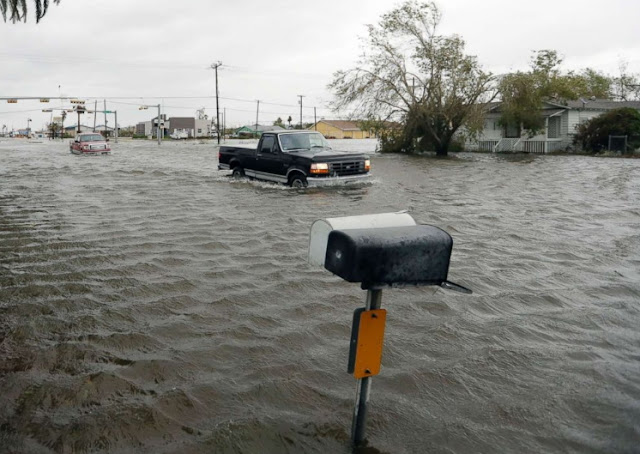 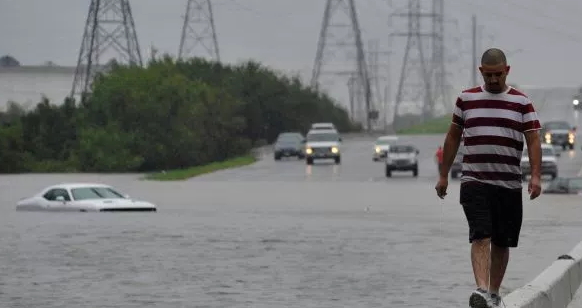 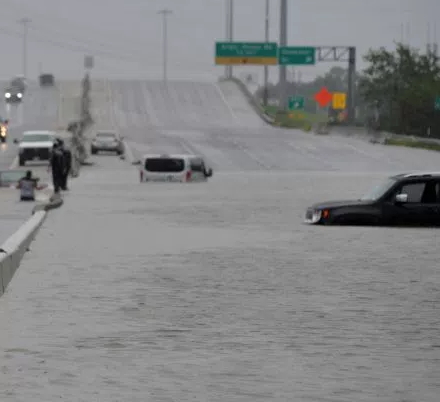 Many believe one of three black persons in Houston is a Nigerian, making the Nigerian population in the city as one of the worst hit.

With roads underwater or washed out, and basic services, such as electricity and water supply knocked out, most of the people in the city have been homeless, and many of them still do not know if they will have homes to return to after the disaster.

Some of the Nigerians affected by the Hurricane Harvey shared their harrowing stories with The Nation last night, describing their experiences as traumatic.

Funke Kesington has been forced to be indoor for six days in the wake of the torrential rains. The expectant mother said she and her son had no choice but to be drinking tap water since the disaster began.

She added that her host, whom she identified as Adesuwa, had not returned home.

“She has been stuck at her workplace,” she said.

Ayokunmi and Fisayo Ayodeji, two siblings living in Southwest Alief area of Houston, have remained in their apartment for five days. The greatest fear, they said, is the shortage of food in area. They said most of the grocery stores around the city have closed. Many residents searched for food in panic shopping.

According to Ayokunmi, the food items they have in reserve may not sustain them if the hurricane persists for another three days.

“We are safe in our apartment as I speak to you, but we are running out of food and water. We bought large quantity of food items last week before the flood got to our area. There was stampede at the store we bought food, because there were many people scrambling for food to store. On Friday, the emergency service warned from going out.

“We have been indoor since them and we have almost finished the food we bought. We cannot go out to get food again, because most of the stores have closed. We don’t know what is going to happen when we consume all our reserves when the flood has not subsided.”

Telecommunication services have also been grounded by the flood, making it difficult for Nigerians living in Houston to make calls to their loved ones and families back home. Many now depend on data service to communicate with their family members through WhatsApp, Facebook messenger and other instant messaging platforms in the social media.

A former Editor-in-Chief of National Mirror and former Editor of Nigerian Tribune, Abiodun Raufu, who now lives in Texas, shared a picture of his flooded street in Richmond, Texas yesterday morning on Facebook.

The picture showed houses on the street being partly submerged by the flood water.

Raufu said the hurricane had kept him immobile and imposed a “forced leave” on him.

He said: “If I become fat, blame it on Hurricane Harvey. Sequestered involuntarily by a chest-level street flood and with nothing to do than watch TV, my only exercise has been the frequent visits to the kitchen.”