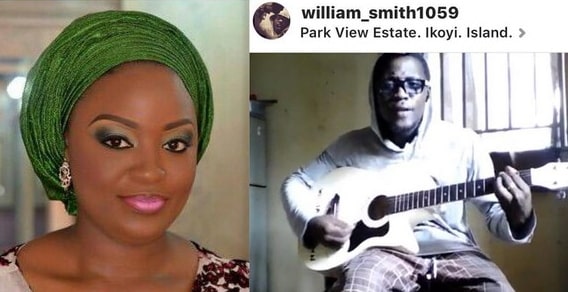 Justice Adedayo Akintoye, while delivering judgment convicted Joel and ordered that he be hanged to death over two years after which the deed was done.

According to Akintoye, the prosecution proved beyond a reasonable doubt a count of murder pressed by the state against the Cameroonian.

The prosecution had in the charge told the court that Joel murdered Adeleke on December 20, 2016, at her Parkview Estate, Ikoyi, Lagos home.

The family of the deceased, in a statement on Tuesday, hailed the judgment, Punch reports.

They regretted that the late Adeleke was killed by a “poor refugee” she offered to help.

“On the night of 20th December 2016, we received the news that our daughter, sister, and friend Dayo Enioluwa Adeleke, was brutally slaughtered in cold blood whilst defenceless and in the solace of her own home by her Cameroonian domestic help, Joel Ledjou.

“Words cannot adequately describe the complete and utter devastation and sorrow that her senseless murder has caused in our lives.

“Joel had just been employed two months prior to the murder of Dayo. Dayo’s usual empathy and the need to help a ‘poor refugee’ as described by the pastor who referred him to Dayo from Mountain of Solution Ministries, led to her employing him.

“It’s ironic that the person she employed, out of her compassion, turned round and snuffed out her life in one senseless act of greed.

“Her supposed ‘offence’ to warrant being murdered by him was that she had not obliged him a two-week salary advance which he requested earlier that morning. The reward for Dayo’s kindness was death!

“Joel robbed Dayo of marriage, motherhood and longevity, a painful fact that still hurts us as a family each and every day.

“The Nigeria Police worked tirelessly in investigating the matter and the Ministry of Justice, Lagos State, in turn, has worked diligently in prosecuting the matter in court.

“Today, Tuesday, May 21, 2019, two years and five months after the murder, Justice Akintoye, sitting at the Criminal Division of the High Court of Lagos State delivered her judgment and found Joel Ledjou guilty of murder and sentenced him to death by hanging.

“This murderer who robbed Dayo of marriage, motherhood, and longevity. Though still heartbroken over the loss of Dayo, we are somewhat consoled that justice has finally been served. Our beloved Dayo can now rest peacefully in the knowledge that her perpetrator received the full weight of the Law for her murder.

“Dayo, our light, you will never be forgotten. You are always and forever in our hearts. Your legacy lives on through all of us who remain.”