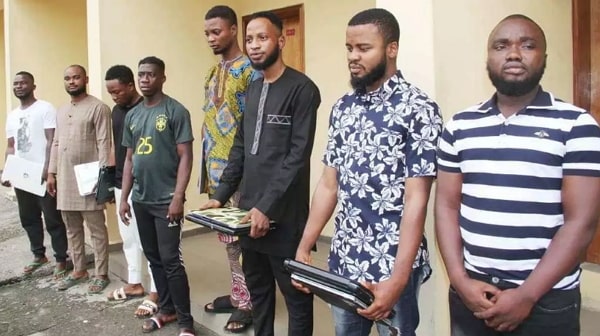 Eight suspected internet fraudsters were today picked up at their mansion in Lagos.

According to the EFCC, the 8 internet fraudsters also called Yahoo boys were arrested today Tuesday the 21st of May 2019 at Forthright Estate in Magboro area of Lagos.

They were caught following a surveillance by the Economic and Financial Crimes Commission, EFCC, Lagos Zonal office.