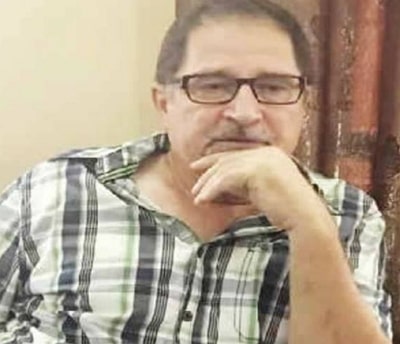 A Canadian farmer who was kidnapped last month while heading to Ibadan from his base in Ogun state has narrated his hellish ordeal in the den of his kidnappers.

52-year-old Kyliuk Morris, who married a Nigerian woman, Justina Kyliuk in 2014 exposed some a policeman from Abuja who delivered a N2.5million ransom to his kidnappers before he regained his freedom.

In a chat with Punch NG in Abeokuta, MOrris said he was kidnapped at Fidiwo in Obafemi Owode LGA of Ogun State on the 13th of March.

The Canadian noted that he spent six days in the kidnappers’ den, adding that he was forced to eat eba and drink dirty water.

Morris explained that he was travelling with his wife to fix his car when the two gunmen shot at his car, which made him to drive into a ditch.

He noted that when his wife tried to escape to get help, the kidnappers shot at her, while he was led to a bush.

“I spent six days in the den of the kidnappers. They beat me up, while my wife ran around to raise the ransom they demanded,” he added.

The victim said he was forced to call his sister in Canada who provided the ransom before he regained his freedom.

He said, “A policeman, who collected the ransom, paid the kidnappers to get me released from my abductors.”

He stated that he decided to stay in Abeokuta to set up a farming business before the incident occurred.

When asked about how he paid the ransom, Morris said, “A policeman assigned from Abuja gave my wife a telephone number to call an officer from the Special Anti-Robbery Squad in Ogun State.

“Aside from the ransom, they (police) asked my wife to give them N20,000 as transportation fare. They said they risked their lives to get me out.

“I want the government to be aware of what happened to me. The Nigerian government has been pushing for foreign investors to come, especially for agriculture and yet, there is no security; absolute zero security.

“I am not calling for a special treatment because I am a Canadian. I want people to be aware of what is happening. I just did through personal experience.

“If they (the police) have a job to do, they should do it. I think government at all levels should hold the police responsible for what they are hired for.

“If someone is kidnapped, the police should do their job. My wife went to see them, but they made no effort. My wife told them the exact place where I was; nothing was done. They dragged their feet.”