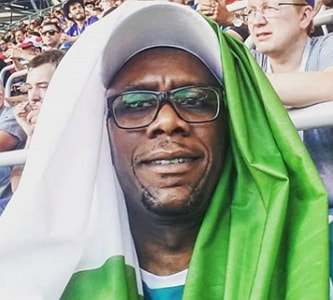 Pascal Atuma has finally reacted to the viral report  that claimed that he said homosexuals and prostitutes are the ones running Nollywood.

The actor and director said he was misquoted by The Cable who reported what he said in a bit to make the story go viral.

Here is an official apology email he sent out few hours ago.

“I arrived at the venue with five of his colleagues from other media houses, and we sat down for lunch. The interview was centered mostly on football. After the interview, we all engaged in a light-hearted conversation about the changes in Nollywood. The conversation veered into how lots of producers and directors were taking advantage of young women in the industry, and at some point, I passionately berated some of them who have deliberately forced young women to compromise themselves for movie roles,”.

Most of the people I would call my friends in Nollywood are women and men whom I have a lot of respect and regard for. I have never taken advantage of anyone throughout my entire career, and I strongly oppose it. This cause is even more dear to my heart as a father to a beautiful daughter whom I cherish dearly. What was supposed to be a call to stop exploiting women sexually ended up sounding otherwise”.

Before breaking his silence, Atuma’s comment elicited several responses from the likes of Ruth Kadiri and the AGN President Emeka Rollas, who dared him to name one prostitute in Nollywood.

The actor is still cheering up Nigeria at the ongoing FIFA World Cup.