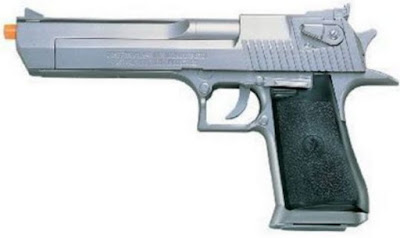 AGrade 1 Area Court in Karmo area of Abuja, on Tuesday sentenced a carpenter, Chinonso Eze, to 12 months’ imprisonment, for possessing a toy gun and knife at a public place.

Eze, 32, of Gwagwa, by Tasha 1, Abuja, was convicted following his guilty plea to charges of attempting to commit an offence and escape from lawful custody.

The Judge, Mr. Abubakar Sadiq, sentenced him to six months in jail on each of the two counts.

He said the punishment would have been more severe, if the carpenter had wasted the court’s time and allowed a trial.

Sadiq advised the convict to desist from committing crimes.

The prosecutor, Mrs. Florence Avhioboh, told the court that a police patrol unit, led by Abbah Gabriel, arrested Eze, about 12:25 am., on September 1.

She said he was arrested at an ATM Gallery at Jabi, Abuja, in possession of a toy gun and knife.