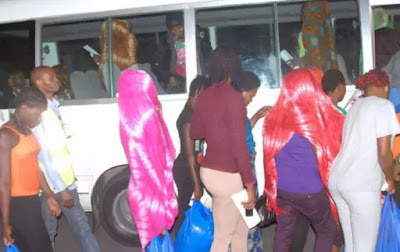 A notorious human trafficker accused of trafficking young Nigerian girls to Mali for prostitution has been jailed.

The Supreme Court of Nigeria has jailed Sarah Ezekiel for 7 years for allegedly trafficking 4 young Nigerians ladies to Mali against their wish back in 2011.

The Supreme Court upheld a judgment, which had earlier been delivered at the Court of Appeal, Lagos Division, ending the prosecution which was filed by the National Agency for Prohibition in Trafficking in Persons and other related offences against Ezekiel.

NAPTIP’s Director of Press and Public Relations, Josiah Emerole, said in a statement on Monday that the acting Director-General of NAPTIP, Mr. Abdulrazak Dangiri, had assured that more cases of human trafficking would be pursued to a logical conclusion.