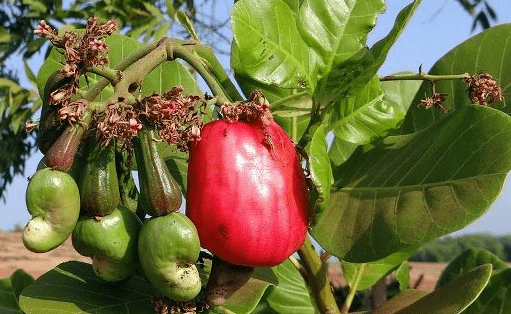 Cashew nuts are some of the crops fuelling growth in the agricultural sector.

According to Mordor Intelligence, an international market intelligence and advisory firm, the cashew market was valued at $9.9 million last year, and is projected to reach $12.7 million by 2024.

Among all the cashew producing nations, the firm said African countries contributed 56.5 per cent of the global production with Ivory Coast leading the way with yearly production of 725,000 tonnes.

According to the National Bureau of Statistics (NBS), cashew nuts are Nigeria’s third-biggest agricultural export this year.

NBS said an estimated N8 billion was generated from cashew nuts exported in the first six months of the year.

It also noted that Vietnam, India, Tanzania, Russia and Netherlands were Nigeria’s biggest markets for cashew nuts in half-year 2019.

With output of just 200,000 tonnes this year, however, Nigeria lags behind the top three producers.

According to analysts, the estimated area under cashew plantations in Nigeria varies between 200,000 and 300,000 hectares.

About 70 per cent of the local production is commercialised of which about 90 per cent is exported in form of raw nuts.

For the National Cashew Association of Nigeria (NCAN), the sector is lagging behind due to lack of investment but it is closing the gap with big ambitions.

NCAN is making efforts towards increasing the export value of the intensively-processed cashew nuts and byproducts.

The Association said it focused on the key gaps inhibiting growth in the business. Closing these key gaps would help to rebuild the sector’s potential, stimulate growth, and enable smallholder farmers to raise their incomes and yields, while creating jobs for youths and raising incomes for women.

Consequently, NCAN is to sign a N3.6 billion memorandum of understanding (MoU) with foreign investors to boost the cashew value chain.

Ajanaku said: “NCAN wants to increase annual production of cashew from N50 billion to N220 billion by 2020. The targeted investors are local off-takers of which we have about 20 in Nigeria, while targeting about 15 off-takers that are from foreign countries.”

He said: “At present, Nigeria is producing over 200,000 metric tonnes of cashew yearly and out of the 100 per cent of cashew that goes out, 60 per cent is from Kogi State. The aroma is what the world wants. We have the market place but we need a strategic plan on how to harness it.”

Despite its efforts, Nigeria’s cashew industry is also being confronted with numerous difficulties as the growth rate of farming production has yet to keep up with the growth rate of the processing industry. The output of raw cashews only met about 20 per cent of the demand for export processing of the businesses.

In addition, competition in the industry is becoming fiercer, with the penetration risks posed by potential opponents, especially those from China, East Africa and Thailand and Cambodia.

Also, the consumption demand is increasing with stricter requirements in terms of quality and food safety.

To the economy, stakeholders said the cashew boom presents an unexpected but welcome opportunity to diversify agricultural exports beyond cocoa beans and rubber. It will also help develop the country’s agro-industry. However, to realise its potential, Nigeria has to process and add value to its raw cashews.

The Chief Executive, Hastom Nigeria, Mr. Debo Thomas, said there was no alternative to increasing productivity.

According to him, if growers are able to increase productivity and investors can establish processing factories, Nigeria could regain high production levels.

For him, there is room to further develop the industry, such as processing cashew apple juice.

He said efforts were needed to achieve prosperity through the sector.

His vision is to transform Ogbomoso’s cashew sector into a significant foreign exchange earner creating jobs and substantial wealth for Nigerians.

He said his organisation is working hard to support the industry to achieve yearly productivity of 500,000 raw cashew nuts.

He cultivates 600 hectares of cashew in Ogbomoso. At the farm, are many cashew trees.

Buoyed by his success, he plans to plant 500 new trees. He has plans to cultivate another 1000 hectares.

Thomas said the productivity of the cashew trees is increasing and the plan is to support the industry to reach the historic level of 500,000 tonnes of nuts yearly.

For this reason, he is converting every available farm land in the town into cashew plantation.

He said the government should support the private sector to help the curved, nutrient-packed nut to recover its past glory.

Even though improving the productivity of plantations is a good measure, it is definitely not enough because to raise the added value in the country, production must be accompanied by an equal increase in processing capacity.

For him, the cashew model today should be different—instead of using major processing units, as was the practice about 15 years ago, the country should be using small units that can process between 1,000 and 5,000 tonnes of cashew nuts more efficiently.

He said his organisation intends to focus on cashew processing to boost the performances of the sector and related exports.

In Ogbomoso, Thomas is building a processing factory. The goal is to process 11,000 tonnes of nuts yearly. He is building warehouses, where cashew nuts will be aggregated in sacks for processing.

Outlining problems that the sector has been facing, Thomas said the presence of few farms in different parts of the country is affecting productivity.

He, however, added that there was no alternative to increasing productivity.

Thomas said Nigeria needs to be self-sufficient in cashew production, which will also boost the country’s economy.

Roles of India and Vietnam

India and Vietnam’s rising needs for raw cashew nuts have also fuelled the growth of cashew farming in Nigeria.Vietnam is the world’s leading cashew nut exporter, but the industry relies on imported raw materials.

Thus it imports over one million tonnes of raw cashew every year from many countries, mainly in Africa. Vietnam’s cashew industry has invested in 500,000 hectares of plantations in Cambodia with the vision of turning its southwestern neighbour into a major supplier. The Vietnam Cashew Association (VINACAS) has pledged to provide technical support to Cambodian farm owners to reach a yearly yield of one million metric tons of raw cashew nuts by the end of 2028.

As the top world exporter of processed cashew, India also imports about 60 per cent of raw cashew for processing from Africa and Asia.

Although Nigeria produces at least five per cent of the world’s cashew supply, fewer than seven per cent of raw cashew nuts are processed domestically. Experts attribute this to lack of finance to upgrade or build modern processing facilities.

The industry still faces several challenges, including shrinking cultivation area and unstable output. Aging trees and abnormal weather conditions have decreased yields, and many farmers preferred other crops for higher profits, which has reduced the planted area.

Ibrahim, however, noted that the agency, vested with the mandate to promote development and utilisation of Nigeria’s industrial raw materials, has made several interventions over the years and entered various strategic partnerships to boost the nation’s cashew production.

Thomas urged the government to consider cashew as a strategic crop in rural development, and should have policies to promote the cashew industry’s further growth.

He said thousands of farmers and workers would enjoy improved livelihoods thanks to cashew trees.

Through crowd farming, he said his organisation would develop large cashew fields in Ogbomoso and improve cashew yield and quality. He pledged to purchase cashews from farmers.

He said finding answers to yield and quality questions, and proper investments were important for the cashew industry to reach sustainable development.

He said government’s policies, business participation and community’s support are integral for sustainable agricultural development. Seed is the first problem that needs to be improved to increase yield and output. About 80 per cent of the 300,000 hectares of cashews are old and the seed varieties needs to be improved. Agricultural promotion policies, including policies on application of new varieties and advanced farming practices, are very important, he said.

Cashew re-cultivation, according to him, is not only the task of farmers but also the government and the agricultural sector.

Stakeholders have urged the government to allocate sufficient funds and put forward necessary schemes to increase production of cashew nut in the country.

They said Nigeria’s cashew subsector has strong potential for growth if the value chain, and especially local processing, can improve.

They said what the industry needs is enough quality stocks for farmers, inputs, and better extension services, improved cashew storage and upgraded processing technology, expanded access to markets with better roads, raising environmental and social standards, and local banks encouraged to lend to smallholders and processors.

Stakeholders also urged the government to start restoring plantations that were no longer as productive or efficient as before.

This requires a development strategy to enable the industry to develop in a sustainable way in the coming years.

They want support to increase the rate of fully processed nuts to satisfy the requirements of customers and boost domestic consumption.

Also, modern technologies and equipment should be used and products diversified to meet the increasing demand from customers.

The Success Story Of Innocent Mokidi, The Founder Of Brote Urban Vegetable Farm In Abuja
How To Make Money & Grow Your YouTube Channel In Nigeria (Best YouTube Niche Ideas)