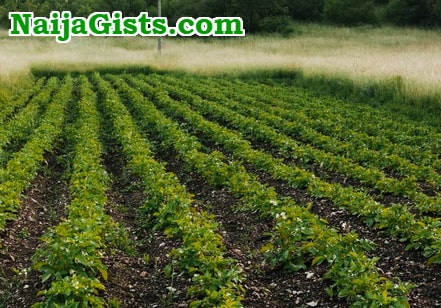 The Success Story Of Innocent Mokidi, The Founder Of Brote Urban Vegetable Farm In Abuja

Nigerians are quitting their flourishing careers, ditching their businesses and opting for farming as a profession.

Most of them say it wasn’t the lack of jobs, but the search for a more sustainable lifestyle that prompted the move.

The Accounting graduate from Edo State, never envisaged he would become a successful agri-entrepreneur. But as providence would have it, a risk taken saw Mokidi, the Chief Executive of Brote Urban Farm, dumping employment for farming. 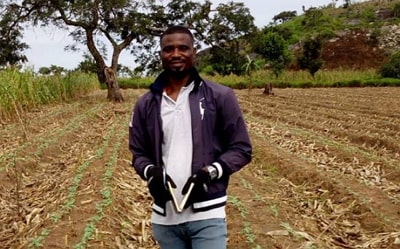 The Abuja-based entrepreneur is the owner of a flourishing agro-business with a strong presence in vegetable farming.

The success that accompanied his poultry business made him to start a vegetable farm in Abuja year later. He researched how to grow better, healthier food. He engaged five people to work with him. Today, the venture is a success story. The farm is worth millions.

He said: “Right now, we have 30 persons working full time and 162 as part time. I can still remember in 2014 when I started Brote Urban Vegetable Farm Processing Limited in Abuja with just half an hectare cultivating maize and tomatoes.”

‘’This year, I am cultivating 150 hectares planting maize, soybean and sesame seeds.The beauty of it all is that we have been able to find new ways to increase our yields in all three crops and also improve on the best agricultural practices.”

According to him, the major crop that gives him is soybean. In Abuja, where he resides, he is one of the most sought-after poultry farmers.

“Looking back, I can say that it was the best decision of my life to go into farming. I remember no one took me serious when I first started farming; people used to ask:

‘’What am I doing in the farming space, because everyone views farming as a profession for the old people and people in the rural areas.But today am glad to see more young people involved in the agricultural space.”

However, his success did not come without hard work, strategic planning and implementation. He spent time on farms to see things first hand. In the last five years, he has also been working on an excel sheet that records daily crop prices, hoping he can predict pricing and take advantage of it.

He specialises in fast-maturing crops that take an average of three months to be ready—with high returns upon harvesting. He grows vegetables, such as beans, tomato, radish and other green leafy vegetables.

He has the knowledge and skill, which included enrichment of fertiliser and pest management. He has also has skills in post-harvest management, marketing, business planning, compost making and saving.

His farm has also established a nursery and vegetable farm in the nation’s capital to serve growers.

Mokidi is building low-cost greenhouses to ensure that vegetables are grown in environmental- friendly greenhouses.

He plans to cultivate safe and high-quality crops that meet international standards.

Another strategy that worked for him was, perhaps, his eagerness to learn and understand quickly.

He wants youths to embrace agribusiness. He believes their involvement in agriculture could reduce the problem of ageing farmers and increase youth employment.

Besides, he wants to introduce young people to cash crops that will enable them to earn enough money.

For him, their developments in agricultural technology and agribusiness models could transform livelihoods and the economy.

Fish Farming Is Easier Than Poultry Farming, You Can Become A Millionaire Doing It – Magdalene Suleiman
The Bone Chilling Record Of Cannibalism In Some Parts Of Nigeria