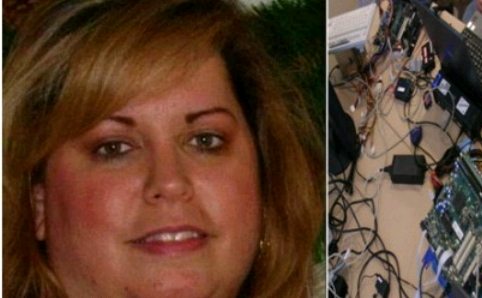 This world is full of unimaginable happenings.

A 45 years old hacker mom identified as Catherine Venusto recently took matters into her own hands by hacking into her childrens’ school computer and changing their grades.

According to ABC News reports, Catherine who worked as an Administrative Officer from 2008 and 2011 at Northwestern Lehigh School District in Pennsylvania is currently facing 6 felony charges for hacking into the School’s computer system.

All six of those charges are third degree felonies. State police said she admitted to changing the grades, but thought her actions were merely unethical— not illegal.

According to District Attorney’s office spokeswoman Debbie Garlicki, Venusto could face up to 42 years in prison or a $90,000 fine if convicted.