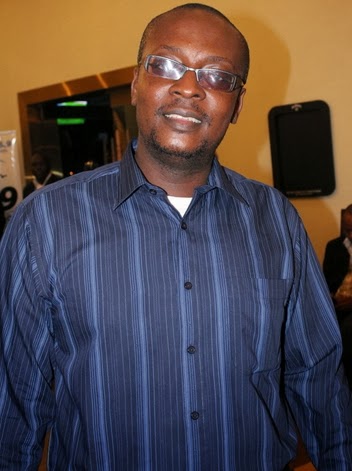 Popular Nollywood critic and the author of Nollywood till November memoir Charles Novia is back in the news again.

Hear oga Charles in his own words below;

It is very rude for celebrities to insult their fans or foes by terming them ‘broke’ as some haughty ones have done. If trolls who abuse the celebs take the piss, just ignore them, Celeb! A few ‘bad belle’ tweets or ‘anon’ comments are beyond you. And whatever gives the Celeb the silly impression that a barb from a fan or foe means the person is broke? Na u be im bank manager? Come to think of it, wasn’t that Celeb (him/her) a broke ass at one time in their career? And probably would be soon again too?

In showbiz, I know that every artiste has a day in the sun. Keep flaunting d money you make now instead of planning for d night. I get a lot of crazy curses on tweeter by reprobates who don’t like most of my opinions but I simply ignore. Na dem e pain pass. When the Celeb starts twitter battles with the trolls, it means the celeb has no work to do. Hire a media PA for your tweets?

Naija celebs want to be all over instagram and twitter like the foreign ones and get pissed when trolls attack them. Nor be u show yourself? I advocate a ‘from gutter to glitz’ psychological course for Naija artistes to prepare them for the transistion from mufu to money. Because Naija celebs forget where they came from after getting there and start being fake after a couple of millions. Na so? Humility, Guys!

You can’t be like the Joneses when you are actually like the Jegedes, Celebs. Y’all gotta remember who you really are!

Last word on this; who really is a celebrity sef? Cos the thing dey tire person. E reach to ask. Ciao.

This oga sabi talk well well. Thumbs up to a brother from another mother.

Nigerian Comedian Bovi’s Wife Gives Birth To Baby Girl In The US
Train Crushed Man To Death In Oshodi Lagos; Tragedy At The Arena Market