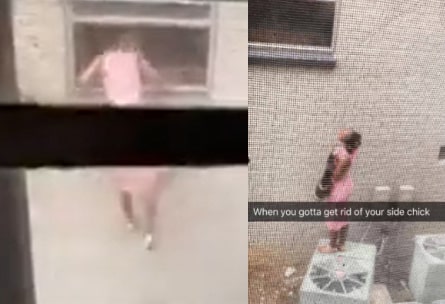 Check out the bizarre moment a lady was thrown out of the window of her sugar daddy’s home after the real owner of the house arrived.

The young lady simply identified as Wemi escaped the looming anger of the ‘gods’ when her manfriend reportedly threw her from his home’s bedroom window just as his wife arrived home unexpectedly.

A neighbour who saw Wemi uploaded the video online. 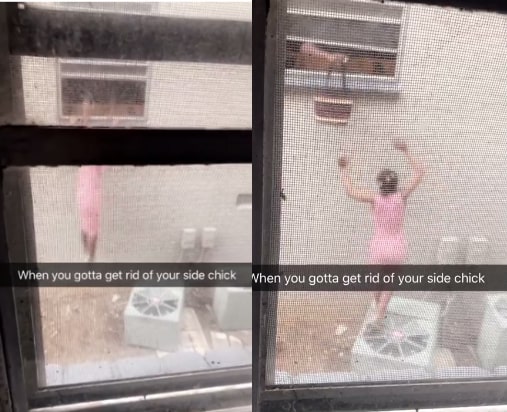 The shameless side chick who almost got injured however braved up and waved at the neighbour who recorded her video as she walked away from the scene.

This reportedly happened in Abuja.

This will make a good Nollywood movie scene.