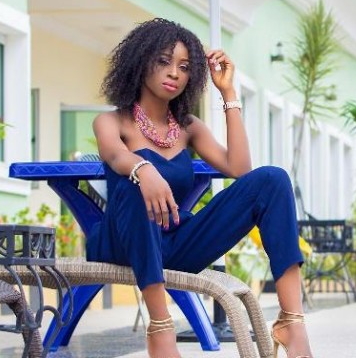 November 5, 2016 – Chidinma Okeke’s Father Laments “I Don’t Know If My Daughter Is Dead Or Alive”

19-year-old Anambra beauty Queen Chidinma Okeke who was a subject of a viral adult video has went into hiding.

For more than two weeks of the ugly development, all the concerned public could get was a chilling silence from her family.

But Saturday Sun took a bumpy ride to Chidinma’s hometown of Ogboji in Anambra state.

On arrival, our reporter met the family residence under lock. The thick bush growing inside the compound easily discloses to any visitor that the family must be residing somewhere else in the city. But members of their extended family living in the next compound gave their words on the raging controversy.

Speaking to our reporter on the telephone, Chidinma’s father, Sir Jeremiah Okeke who is living in Aba, Abia State with his family, lamented that the family had been going through emotional and psychological trauma since it all started. With a voice laden with heavy emotions, the 65-year-old man told our reporter that the family had handed over the situation to God.

“Chidinma is my own daughter but there is nothing much I can say about this because there is a lifestyle adopted by my family. We don’t foment troubles.
“I, as the father, have committed everything to God in prayers. Human being cannot fight our cause but only God in heaven. We are in serious prayers for God to intervene. I don’t have anybody on earth except God.”
“I am confused about the whole thing as of now. It is only when I set my eyes on my daughter that I will know about all these. As it stands now, I don’t know where my daughter is.”

He said he was not suspecting anybody of having a hand in his daughter’s ordeal as speculated in the social media. Going back memory lane, Okeke recalled that God’s mighty hand on him was evidenced on his miraculous survival from his childhood tragedies.

“There are many ways God is fighting my battle. I was only five years when my father died. I don’t know whether I got up to six years before my mother died too. I don’t have anybody but it is only God that sustained me all through. It was same God that assisted me to raise and train all my children. All the family members are praying.

“As it stands now, my daughter is still a small girl. I don’t know whether she is still alive or dead. But all I know is that God will prove Himself worthy to fight His children’s battle. I don’t have much to say for now.

“So many people have told me to take certain actions but me and my God are still communicating through prayers. There are several ways God reveals some things to me. I am not suspecting anybody but only God knows who is behind that; whether he is human or spirit. I’m leaving whoever that is behind it to his conscience.

The life of my daughter is most important to me now. Wherever she is, let her be alive for me.”

The depressed Okeke, who obviously needs assistance to enable him bounce back to his years of comfort told Saturday Sun that his business which hitherto was flourishing was hit by the economic tsunami sweeping through the country.

“I am a businessman but because of this harsh economic condition, my business is no longer moving as expected. You understand? I am just doing little things to feed.
“I was a distributor for Peak Milk here in Aba, Abia State but for some time now, I have stopped because I don’t have strength for fomenting troubles. We borrow money from the banks to embark on the Peak Milk distribution business but when it became too competitive, in addition to the losses incurred in the course of doing the business, I stopped.”

Chidinma’s cousin, Blessing Chinenye Nwafor, who our reporter met in their village in Ogboji, told Saturday Sun regrettably that the sex video had gone round their village.

“There was a day I was going out on a mission, some persons stopped me and told me about the sex video but I didn’t believe it. One of them said he saw the picture but not the video. I left them in anger. After walking some distance, another guy called my attention and showed me the video. The people in that area started mocking me; saying all sorts of foul things. I started crying and walked away from their midst.

“But later on, I learnt that what that boy did in the village was to share it with the villagers. I am personally annoyed about his attitude and I have resolved to call him later and caution him. They have an only daughter in their family.

Suppose it were to be her, would he be going about and be showing it to everybody in the village? I have not seen him but once I see him, we would have some axe to grind.”