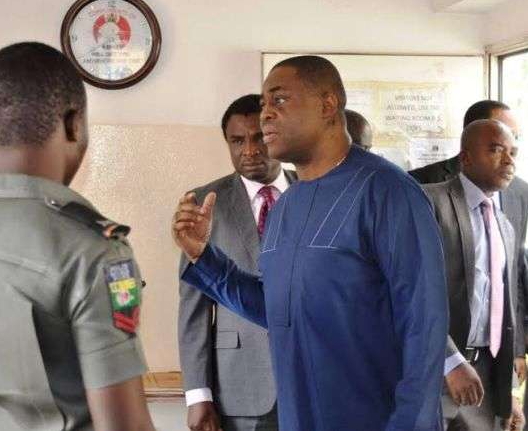 A day after the EFCC filed a 17-count charge against GEJ Campaign director, Chief Femi Fani- Kayode, before a Federal High Court sitting Abuja, the former minister has asked the court to admit him to bail.

In the motion for bail filed through his counsel, Ahmed Raji, SAN, Fani- Kayode told the court that he will be ready and willing to provide a responsible surety as may be required by the court as a condition for the grant of his application.

Raji further argued that under the Administration of Criminal Justice Act (ACJA), bail is more relaxed as all offences are bailable “and in the class of offences charged, it is the prosecution that has a burden to show why bail should be refused. “More so under the Act, all offences can be compounded by plea bargain. So, it is not about imprisonment any longer.”

Photo: Man Wanted For Kidnapping In Lagos Arrested While Making Love To Girlfriend
Photos: Keshi’s Son & Daughter Arrive Nigeria From US Ahead Of Father’s Burial