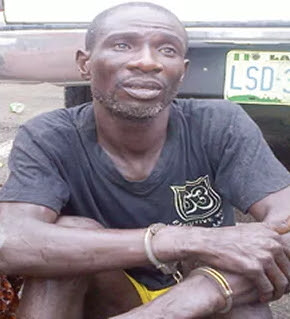 One of the members of a kidnap gang that abducted 3 girls from Babington Macaulay School in Ikorodu area of Lagos in February 2016 has been arrested.

37-year-old Felix Sylva popularly called Tradition was arrested while making love to his girlfriend in Magboro area of Ogun State on Saturday.

The suspect who hails from Edo State told police that he had been on the run since March when he saw photos of his fellow gang members on the pages of newspaper.