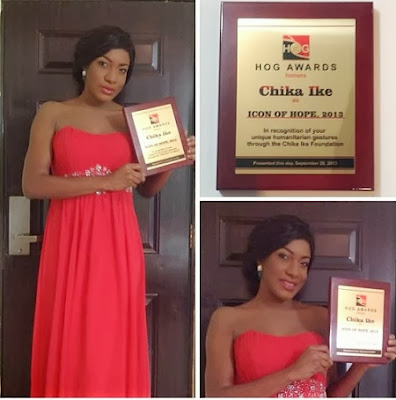 Nollywood actress Chika Ike is a proud giver. The recently divorced star who started her own charity organization named Help A Child has been recognized for her positive contribution to humanity.

On Friday the 27th of September she was given HOG (Hall of Grace) awards for her charity works. 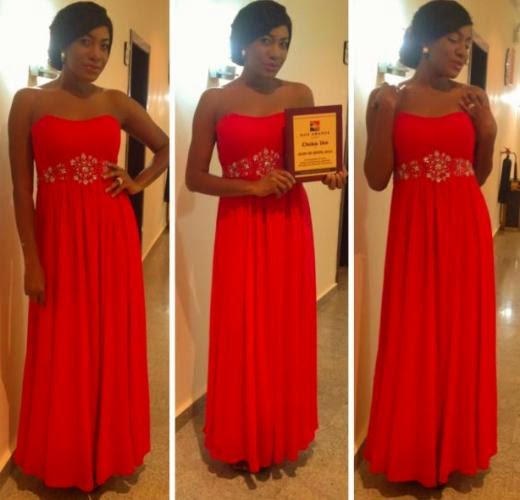 “When I started doing Charity works, I never did it for a recognition or an award.I’ve won awards and gotten nominations but this one is so dear to my heart. I am so humbled and encouraged to do more charity work #chikaikefoundation #givingback #charity #HOGawards #helpachild #unambassador” – said excited Chika Ike

HOG award is know to reward exceptional Nigerians in their chosen careers and contribution to Nation building and is initiated by Chief Alex Akinyele.