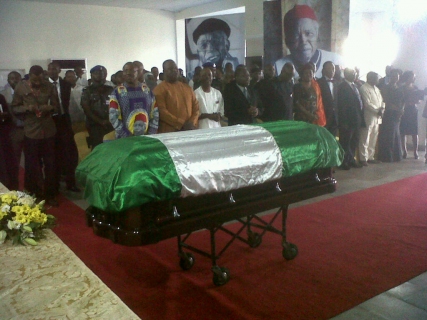 In the early hours of Tuesday May 21st, 2013, the corpse of late Prof. Chinua Achebe arrives the Federal Capital Territory (Abuja) via Nnamdi Azikiwe International airport  ahead of his burial on Thursday.

The late novelist’s body was then transported to his hometown in Ogidi, Anambra state for burial preparation.

See more photos of the late Chinua Achebe’s casket below. 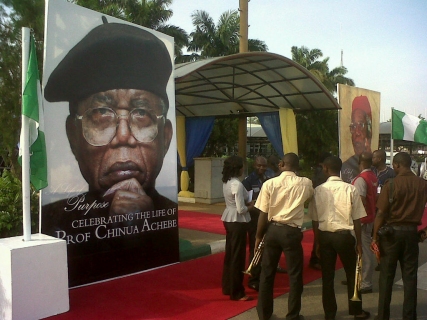 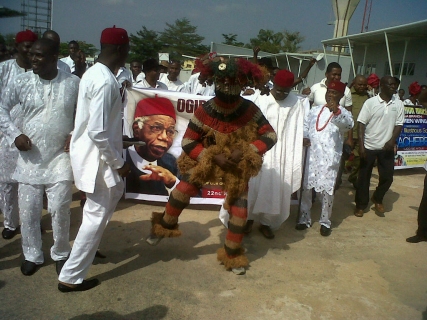 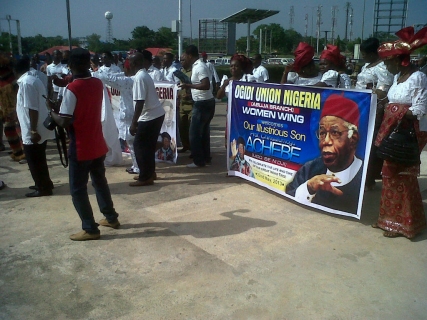 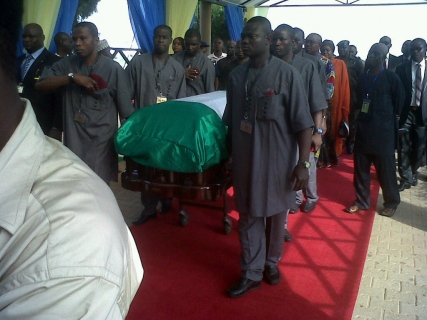 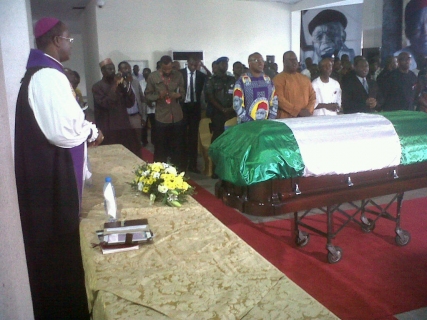 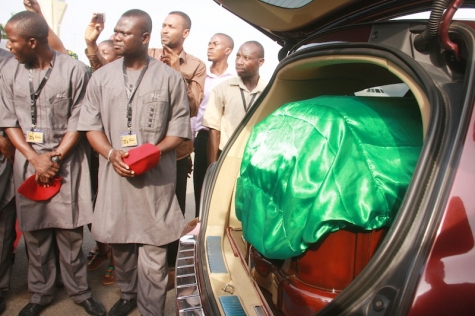 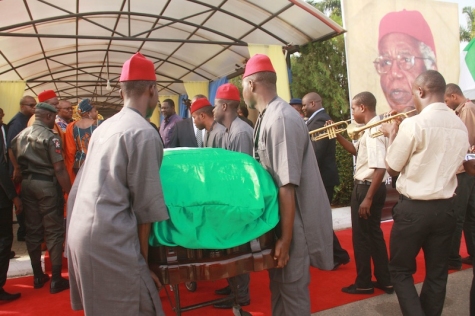 May his soul continues to rest in perfect peace.