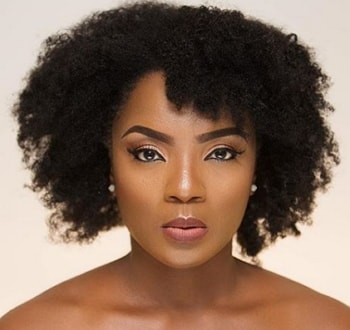 Nollywood actress Chioma Akpotha was formerly known as Chioma Chukwuka before her marriage to Franklin Akpotha in 2006. The actress and movie producer won the Africa Movie Academy Award for Best Actress in a leading role in 2007, although it remains her only notable award.

She was born in Oraifite, Ekwusigo Local Government Area, Anambra State, Nigeria on the 12th of March 1978.

The actress had a diversified education in terms of location, in Lagos State and her native Anambra State before bagging a degree in Banking and Finance at the Lagos State University (LASU), Ojo, Lagos.

Believed to have starred in over 120 Nollywood movies, Mrs Akpotha co-produced and starred in the movie, On Bended Knees which was not well received by the Nigerian audience but she has been one of the notable side-kicks especially in the ascendance of Omoni Oboli to the Nollywood highest-grossing throne.

Along with with Toyin Abraham, Chigurl, Uche Jombo, Omoni Oboli herself among others, she helped catapult Omoni Oboli’s Wives on Strike to a little over N71million and many are still expecting her to bring much cinema appeal to her brand on account of the low-budget reputation that seems to be sticking to her .

With appearances in movies like The Apple, Three Musketeers, Handkerchief, Romantic Attraction, Unbroken Promise, Village Commando, Genesis Of Love among many others, Akpotha is happy where she stands even if a lot more need to be done to get to the next level.