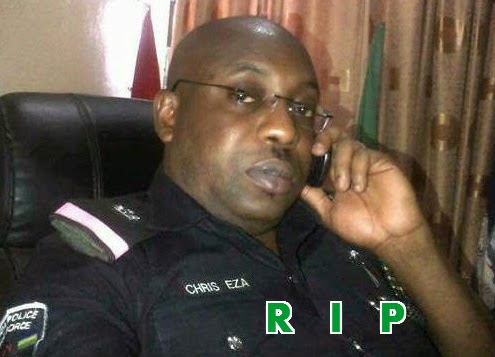 A police corporal has shot dead the Commander of Mobile police (Mopol) 10 Bauchi, Super­intendent Chris L. Eza. It was learnt that the late police officer was a for­mer Aide-de-camp (ADC) to Governor Emmanuel Uduaghan of Delta State.

The sad incident which happened at 11:20pm on Thursday has thrown the state police command into mourning

A statement by the Police Public Relations Officer of the command DSP Ha­runa Mohammed disclosed that Eza was on routine visit to a checkpoint on Ahmadu Bello way, Bauchi when the incident took place.

Mohammed said that Eza was rushed to Abuba­kar Tafawa Balewa Uni­versity Teaching Hospital (ATBUTH) Bauchi where he was certified dead by a medical Doctor.

The corpse of Eza described as a gallant and easy going officer has been deposited at the teaching hospital mortuary for post-mortem examination.

The PPRO said that the scene was visited by the state commissioner of police Mohammed K Mohammed and his management team.

Meanwhile, the suspect has been arrested and de­tained while Mohammed has ordered full scale inves­tigation into the matter.

We learnt that the corporal whose identity is yet to be revealed pulled the trigger while Eza was trying to get him remove his mobile police uniform.

The late commander was said to have challenged him on why he was still wearing the mobile police uniform long after he had been demobi­lized, that is, removed from the Mobile unit of the police force.