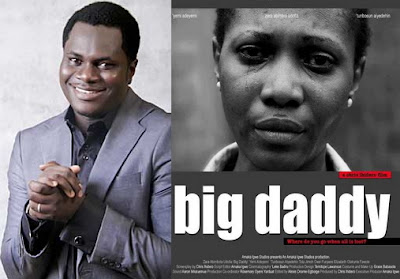 His movie titled Big Daddy that was released in mid-2012 has been nominated for 9 different AMAA awards.

“We are very happy and grateful to AMAA for the nomination. This is Big Daddy’s 9th nomination in less than a year and we have only entered it for three awards. It’s amazing how a labour of love has become the gift that keeps giving back.

“I’ll forever be grateful for all the amazing support we got from friends and associates, which made the dream come true and of course eternal gratitude to Amaka Igwe who allowed me to dream and continues to give me 100 per cent backing.”

African Movie Academy Awards Ceremony is scheduled for Saturday, the 20th of April, 2013 in Nigeria.