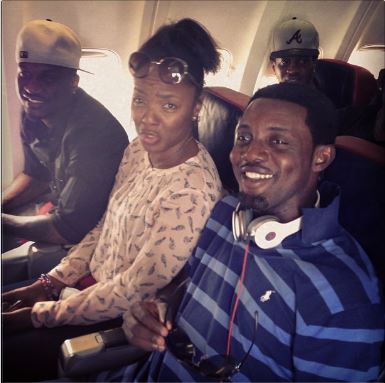 While we’re all expecting them to charter a private jet to Yenagoa, Bayelsa on Saturday for 2013’s African Movie Academy Award night, popular Nigerian celebrities like Peter & Paul Okoye of P-Square, Comedian Ayo Makun (AY), actress Chioma Akpotha and many others opted for a cost-saving economy flight instead.

They were all spotted in Bayelsa last weekend.

Interesting to know that the rich also board molue flights. LOL

See another photo of below 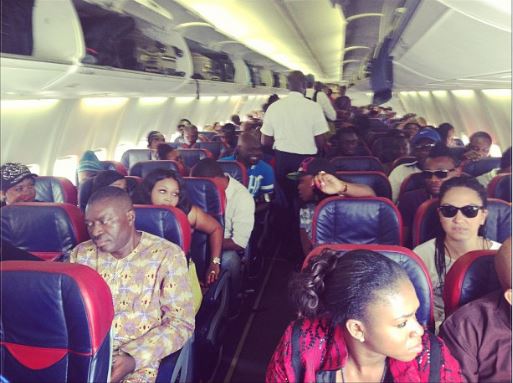