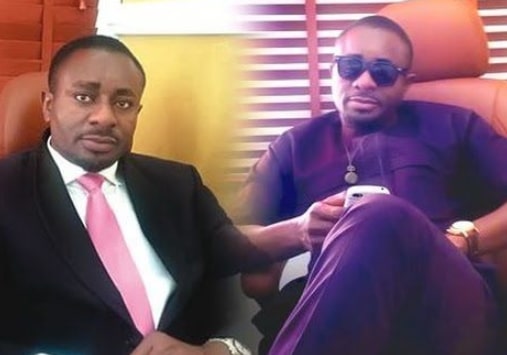 Nollywood actor, Emeka Ike was in Monrovia, last Thursday, as a special guest on the occasion of the of commissioning of the new pavilion of Center for Democratic Change,CDC, in Liberia.

The event was chaired by the Liberian minister of state, Mr Nathaniel McGill who commissioned the new pavilion on behalf of the president. Other officials at the event were the state minister of finance, Mr Samuel Tweah, CDC chieftains, and top government functionaries. The CDC is the ruling political party in Liberia.

Speaking to newsmen after the event, Emeka Ike described President Weah as a role model, and an inspiration to young politicians in Africa. He commended the president on his laudable achievements within one year in office, and said with these developmental strides, Liberia will surely develop like South Africa and Kenya under his administration.

Earlier in his address, he informed the Liberian people of his political ambition, and participation in next month’s election in Nigeria, as the candidate of the Young Progressive Party (YPP), for Okigwe south federal constituency in the House of Representatives.

He charged Liberian youths to be more politically active, support the good works of their president, and play active roles in politics. High point of the event was the presentation of the Seal of Liberia to the special guest.