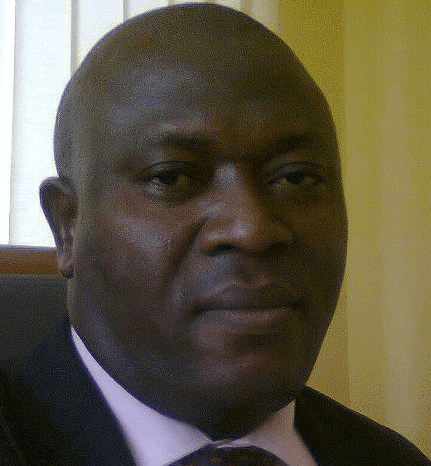 Justice Nwaka revoked Adenekan’s bail for one day after expressing concerns that he might become a flight risk and not come to court at the next adjourned date fixed for Wednesday.

The judge took the decision after Adenekan was led in defense for over an hour by his counsel, Olatunde Adejuyigbe (SAN).

At the end of his defence, the trial judge declined to let him go back home in line with the bail he has been enjoying but rather sent him to Kirikiri Prisons.

“My intuition is telling me that the defendant may not appear tomorrow for the continuation of his trial. For his own security I am hereby revoking his bail and order that he be remanded in Kirikiri Prisons until the next adjourned date,” the Judge ruled.

The defendant is facing alone count charge of child defilement before the court.

During resumed proceedings, Adenekan told the court that he found the allegations that he defiled a pupil of the school as ‘false and highly embarrassing’.

The defendant told the court that he had built a teaching career spanning over 23 years and that no parent has ever accused him of child defilement.

When the defendant was asked how he met the victim’s mother, the school supervisor said he knew the mother of the survivor as one of the parent of pupils at Chrisland School, Ajah, Victoria Garden City.

He said he became aware of the allegation against him on November 14, 2016.

“It was on a Friday around 8pm, I received a call from an unknown number and she introduced as a parent in the school. She outrightly told me that I had sexually abused her two-year-old daughter.

“I was shocked at the allegation. She now further went on to tell me that we should keep the matter between the two of us and not tell anyone.

“She ended the call and thereafter sent me a message that read: ‘I want you to still be friendly with my child’.

Adenekan claimed to still have on his phone the text message sent to him by mother of the survivor.

He also claimed to have told his wife about the discussion he had on my phone.

The defendant told the court that he was also threatened by the father of the survivor.

Adenekan said he reported the matter to the Head Teacher as a result of which a meeting was convened, with the survivor’s mother in attendance.

“During the meeting it was concluded that the child should be examined by the school hospital. The mother refused. She later called her husband who gave his consent”.

Adenekan said it was the mother of the survivor that made arrangement for a polygraph test to be conducted on him by Halogen Securities in Maryland and that he consented because he had nothing to hide.

“I was shocked when the report of the Halogen test came back and it said that I was lying. I strongly believe that the child’s mother and the security company that conducted the test fabricated the results.

“The child was in pre-school 1 when I met her. I only stand at the door of their class and say, ‘hello children.’ The class teacher and the two class assistants are usually there. I have never been alone with the child in question i have never taken her out of the class to.my office, ” he said.

When asked if he defiled the child, he said, ” I have two daughters aged fourteen and sixteen. I would never allow someone do such to my children.

“ I have been married for 18 years. My wife is even here. I have no special relationship with the child.

When the school supervisor was asked if he knew the child drew his penis, he said, “I heard she drew a penis but that is between her and her mother.

“I have never exposed my penis to this child neither have I fingered her or put my penis in her vagina.

“I am very sure everything is fabricated, “Adenekan said.

The two-year-old in her testimony had earlier accused the defendant of defiling her.

She had told the court, “Mr Adenekan put his wee wee (penis) in my bum bum (vagina).

State Prosecutor, B.T Boye had called about six witnesses who testified before the court while the defence had called two teachers of the school who described the defendant as a role model.

Adenekan was forced to open his defence after the court dismissed his application in which he submitted that he had no case to answer.

The trial judge, Justice Nwaka adjourned the matter till tomorrow for cross-examination of the defendant.