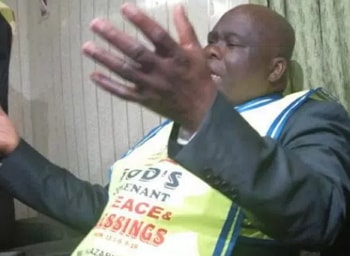 Pastor Benson Iyobosa Isibor, a Senior Pastor of the Christ chosen in Oranmiyan area of Egor has been murdered.

Isibor was killed last night around 7pm as he was returning from work.

According to eyewitnesses, the suspected assassins lurking around his residence at Oranmiyan street in Egor local government area accosted him as he was about to enter his house and inquired if he was Pastor Isibor.

It was learnt that Pastor Isibor answered in the affirmative before he was shot three times.

They attempted to steal his jeep but failed as the car rammed into fence.