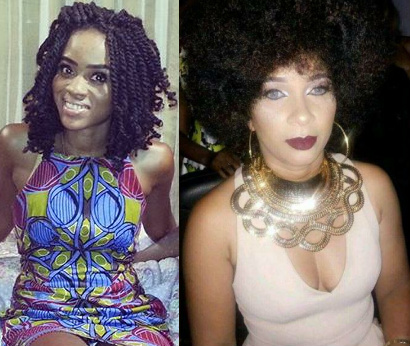 April 16, 2017 – Christabel Goddy: Ibinabo Fiberesima Was Sent To Kirikiri For Placing Undeserved Ban On Me, Emeka Ike Is A Considerate Man

Christabel Goddy: Ibinabo Fiberesima Was Disgraced With Kirikiri Ordeal For Placing Undeserved Ban On Me

The Nollywood actress who engaged her colleague in a bloody fight last year has come back to the media to slam Ibinabo Fiberesima, Grace Amah and all the executives of Ibinabo-led faction of the Actors Guild of Nigeria.

Cristabel Goddy who was arrested and taken to court by the actress (Princess Chineke) who injured her recently had a chat with Sunday School.

Goddy said all those behind the drama tried to put her down but God will restore her. 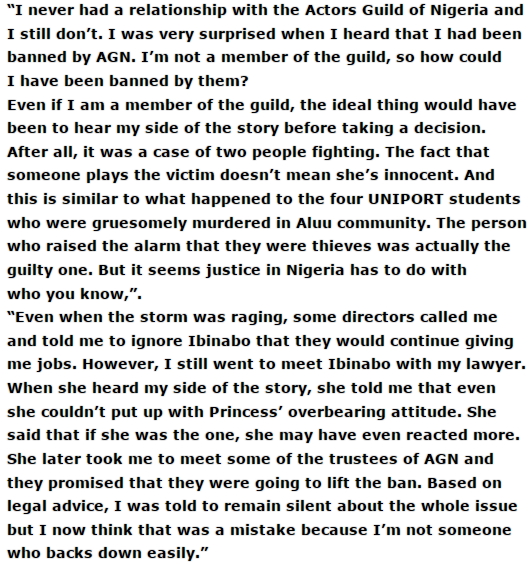 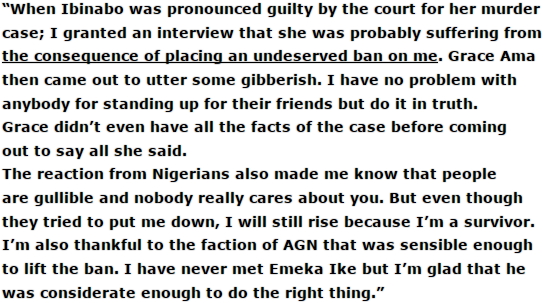 Regina Chukwu & Foluke Daramola In “Coma”
Dele Odule: My First Son Died While I Was Running As TAMPAN President